I don’t know him – Afoko denies knowledge of prosecution witness 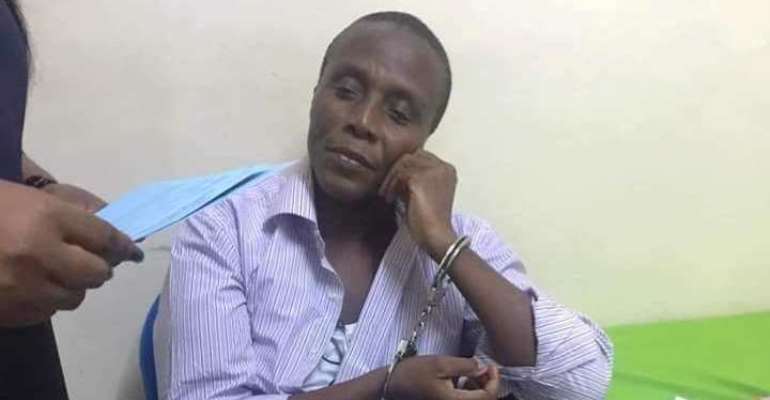 Gregory Afoko has denied knowledge and connection to a prosecution witness, Robert Atule, insisting that he has never seen or met the witness anywhere.

Robert Atule had testified of his closeness to Gregory Afoko, Paul Afoko, and Adam’s Mahama.

He told the Criminal Court 2 Division of the High Court, that he had received a call from Gregory Afoko complaining of bad blood between then NPP National Chairman, Paul Afoko and Adam’s Mahama.

According to Mr. Atule, Gregory Afoko had told him to leave matters to him, and that he would deal with it.

Gregory Afoko who was constantly shaking his head in obvious disagreement with the testimony of the witness whispered some words to his lawyer, who in turn, during cross-examination put the following to the witness:

Lawyer: I’m putting it to you that the first accused person (Gregory Afoko) doesn’t know you from anywhere.

PW: If he says he doesn’t know me, I know him and we know ourselves.

Lawyer: I’m further putting it to you that your story to the court about meeting the accused person is an afterthought.

Even though the State’s witness insisted that he lived in the same neighbourhood with Gregory Afoko, knew him, and spoke to him as a brother on the matter, Mr. Afoko maintained that he neither knew nor met the witness before in his life.

The court has ordered that the two persons standing trial in the murder case of the former Regional Chairman of the NPP be transferred to Nsawam Maximum Security Prison.

The two are currently being held in BNI custody.

This followed a motion made by the State in Court on Thursday, June 17, 2021, for the transfer of the two.

Lawyers for Gregory Afoko did not oppose the motion.

“We’re not opposed. The first accused person’s health is failing him, and he frequents the Korle Bu Teaching Hospital. We understand he’s to have an operation soon and is undergoing some tests. He has complained several times about the welfare facilities at the BNI, especially the holding cells. The ventilation over there is very restricted, and I have personally reached out to the BNI officials to see if something can be done, but there doesn’t seem anything has changed and his health continues to deteriorate. Considering he’s always held up in the cells where there’s no proper ventilation, we believe sending him to Nsawam where he can get some fresh air will benefit him. So we’re not opposed to the motion.”

But the second accused, Asabke Alangdi’s lawyer, raised an objection to the motion.

“Accessibility to the second accused person at the BNI is faster, easier and less time-consuming for me personally. More so, his wife and few friends also find it convenient meeting him at the BNI. Considering the traffic at Pokuasi and Amasaman towards Nsawam, my lady, by the time I get to Nsawam practically the whole working day is over. I pray that my client remains at BNI for accessibility sake.”

The court however ruled that both Gregory Afoko and Asabke Alangdi be transferred to the Nsawam prison instead.