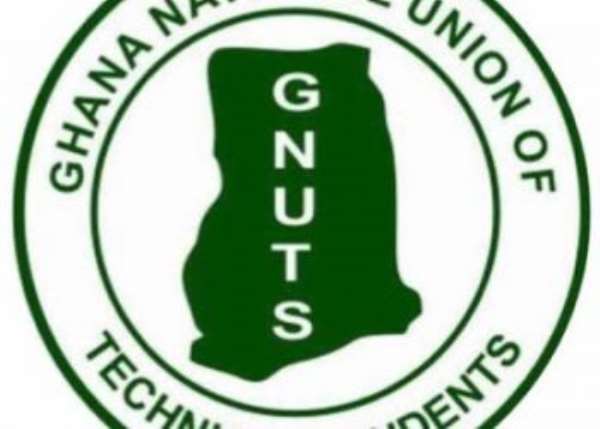 The Leadership of the Ghana National Union of Technical Students (GNUTS) has issued a two-week ultimatum to government and the striking Technical University Teachers to resolve their differences and have the industrial action called off as soon as possible.

The student union has warned that it will direct its members to vacate the various campuses if this is not done.

“After a holistic review, critique of the lingering industrial actions embarked upon by the academic staff of Technical Universities, the leadership of the Ghana National Union of Technical Students (GNUTS) is forced to issue a two-week ultimatum to both the government and the Technical University Teachers Association of Ghana (TUTAG) to find a middle ground to call off the strike, or we will direct our members to vacate the campuses,” the union warned in a statement.

GNUTS holds the view that both the government and members of TUTAG are “playing adamant or unaware of the cost of the strike action on the academic life of students.”

“We are by this registering our dissatisfaction in the way and manner the government and the TUTAG have resolved covertly or overtly to toy with the future of Ghanaian youth who find themselves in Technical Universities with their actions and inactions.”

It wants the government to as a matter of urgency do whatever it takes to protect the education of technical university students.

“It’s students that bear the brunt of this long-standing battle between both parties, which fills parents and students alike with dread. At any time, it could mean anything between one week to five months of no education. Undeniably, the immediate impacts of strike actions on students include disruption of academic activities and a disjointed academic calendar.”

“Once a strike is called off, students have to complete all coursework within a shortened timeframe, meaning they have less time to attend classes and study. Students who should ordinarily spend two, three to four years in the Technical University sometimes end up staying longer because of the labour strike.”

It further explained that its fears stem from the fact that the anger and frustration among students can translate into outbursts of indignation towards university staff.

The leadership of GNUTS indicated that it is determined to carry out its threats to the fullest if its campuses are not reopened at the expiration of the two-week ultimatum.

“We, therefore, urge the government and TUTAG not to test our resolve, as Technical University students have been patient and taken for granted for far too long. We have faced enough; we have suffered enough marginalization, enough is enough.”

TUTAG began a nationwide strike on Monday, June 14, 2021, to demand the payment of their 2018/2019 Research arrears, negotiation of their conditions of service, among other issues.