The public must provide information about criminals - Police 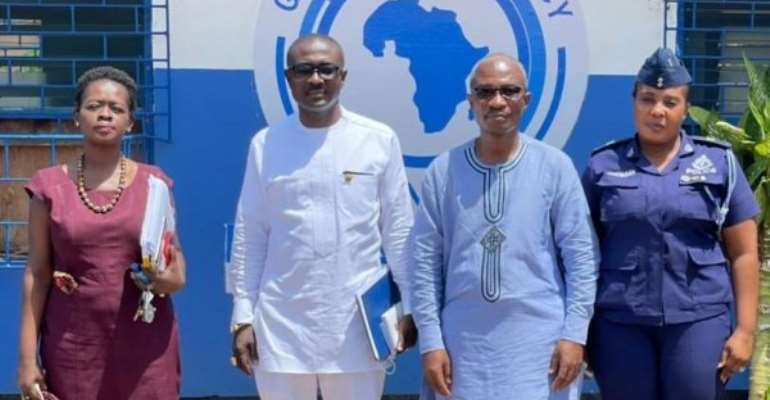 The Tema Regional Police Command has urged the public to provide information about criminals and their activities to the police to deliver services in crime prevention, detection, apprehension and prosecution of offenders.

Superintendent Kwabena Otuo Acheampong, Regional Crime Officer, Tema Regional Police Command of the Ghana Police described community members as the eye, ear, and nose of the police as they lived with the criminals at all times.

He also noted that stakeholders such as business and corporate bodies, media, Metropolitan, Municipal and District Assemblies, National Commission for Civic Education (NCCE) and the judicial system to collaborate with police for crime prevention.

Supt. Acheampong stated during the third: “End of Month Stakeholder Engagement and Workers Appreciation Day,” seminar organized by the Ghana News Agency Tema Regional Office which is a platform rolled-out for state and non-state actors to address national issues.

The event also served as a motivational mechanism to recognize the editorial contribution of reporters towards national development in general and the growth and promotion of the Tema GNA as the industrial news hub.

Speaking on: “The state of security within the Tema Region: Role of stakeholders,” Supt. Acheampong stressed the need for building partnership between the Police and the Public to effectively combat crime in society.

He, therefore, asked business and corporate bodies to direct an appreciable amount of their corporate social responsibilities to support training programmes for the police.

He also appealed to the media to set aside airtime and space for discussions on security issues on regular basis free of charge.

He urged the NCCE to intensify public education on the laws, the various offences that are punishable by law, as well as duties and obligations as patriotic citizens and their rights as enshrined in the 1992 Constitution.

In the interest of justice, Rule of Law, Accountability and public interest, the courts must also expedite action on cases before them as "justice delayed is justice denied."

Supt. Sandra Akossah, Tema Regional Police Prosecutor contributing to the discussion admonished the public not to see the police in a bad light, but to see the institution of the police as sacred, even though there were some bad individuals among them.

“But the Police stands for respect for human right, we stand for service excellence, we stand for integrity, and we can achieve all these when there is a partnership between the police and the public,” she added.