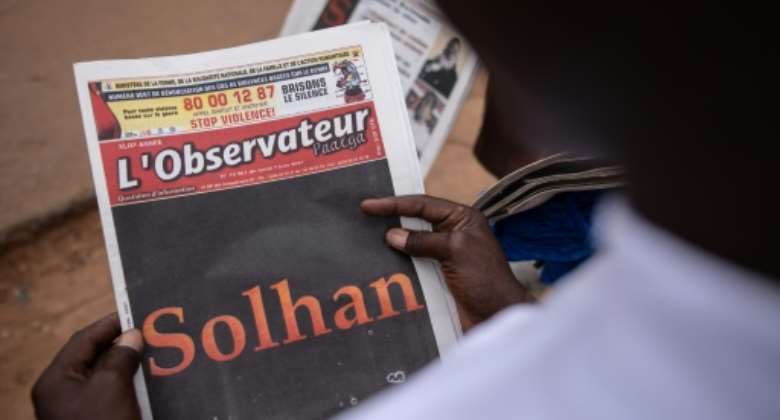 Burkina Faso is still reeling from the massacre at Solhan earlier this month. By OLYMPIA DE MAISMONT (AFP)

The initiative, launched by President Roch Marc Christian Kabore, coincides with a surge of attacks in the impoverished Sahel country.

On June 5, at least 132 people were killed in overnight attacks on Solhan, near the border with Mali and Niger -- the bloodiest single-day toll in the six-year-old emergency. Local sources put the tally at 160 dead.

Opening the talks, Kabore hit out at the "odious human massacre carried out by terrorists."

"The situation calls for our utmost commitment in this crucial phase in the life of the nation," he said.

Around 40 people are taking part in the talks, staged in the presidential palace in the capital Ouagadougou.

More than 1,400 people have died and around a million have fled their homes since 2015, when jihadists from Mali took their campaign into Burkina and Niger.

The two Sahel states are among the poorest in the world, burdened by poorly-equipped armed forces and a long history of political volatility.

The round table will also discuss the holding of local elections scheduled for 2022, the coronavirus pandemic and national reconciliation, Kabore said.

He vowed to "implement collective conclusions... (that emerge) from frank, open and democratic debate."