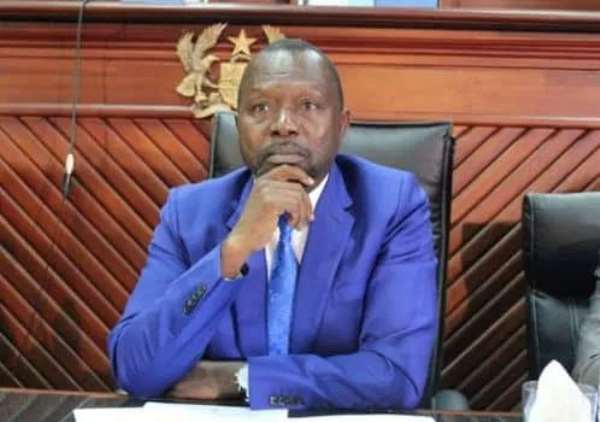 There is nothing that people bear more impatiently, or forgive less, than contempt: and an injury is much sooner forgotten than an insult. -Lord Chesterfield

Their Lordships at the Supreme Court: Justices Akuffo, Ansah, Anin Yeboah, Benin and Pwamang in the case of Abu Ramadan, Evans Nimako versus Electoral Commission, Attorney General; in Re: The Owner of the Station –Montie FM, Salifu Maase @ Mugabe. Alistair Nelson, Godwin Ako Gunn case prefaced the ruling on 27/07/16 with “reasons for our decision”. They stated “that will clarify for the contemnors, and in fact the general public and media owners and practitioners in particular,, why they are being punished, in the hope and expectation that valuable lessons will be learnt by all, and this nation will be spared the recurrence of such reprehensible behavior which bodes no one well”. (The contemnors had threatened a rehash of the unpardonable murder of the 3 judges on June 30th, 1982, if the verdict displeased them. If there were any lessons to be learnt, then no lesson appears to have passed through the prefrontal cortex or the hippocampus of the brain of Dr. Ayine.

In a CDD – Ghana Roundtable Discussion on “Presidential Election Petition and their Impact on Africa's Democracy”, Dr. Ayine is reported to have remarked: “Adjudication is the process of accountability. So for me it is okay to dismiss an application brought by a petitioner for one relief or the other, whether substantive or procedural. But it is another thing to fail to apply the rules of procedure in a manner that enhances the accountability process. So at the end of the day, the petition actually dampened my hopes with respect to the independence of the judiciary and its ability to hold the Electoral Commission, in particular, accountable in election petition”.

He is alleged to have added “… the fact that the Supreme Court judges – all nine of them – on almost every application was unanimous in rejecting and dismissing the case of the petitioner was very telling in terms of the open – mindedness or otherwise of the Justices…” “Wh-a-t!” What did the “unanimity” of the decision suggest to the Petitioners and the Respondents respectively?

The apex court in the Montie case ordered the contemnors to show cause why they should not be committed to prison for: scandalizing the court; delaying and lowering the authority of this court and bringing this court into disrepute.

Ayine once a Deputy Attorney – General to openly question the “independence” of the judiciary? He has been invited by the General Legal Council. It is an invitation for investigation: it was issued “in personam”, and by settled practice, investigations of this nature are held in camera – not for public consumption. (And do you know that a Registrar at an Accra Court lost his job for releasing a copy of the Nana Oye Lithur's divorce case to the public?) Why should copies of the invitation to Dr. Ayine be released to the political apparatchiki of his political party?

The 1992 Constitution in a pseudo-Separation of Powers (trias politica) stance states in Article 125(1): “Justice emanates from the people and shall be administered in the name of the Republic by the Judiciary which shall be independent and subject only to this constitution” – to be in tandem with Polybius and Montesquieu's “checks and balances” that ensures a “state of equilibrium”. Article 127(2) of the 1992 Constitution provides: “Neither the President nor Parliament nor any person acting under the authority of the President or Parliament nor any other person whatsoever shall interfere with judges or judicial officers or other persons exercising judicial power…”

In the case of the Republic v Liberty Press Ltd and Others (1968) GLR 123-138 twenty-eight professors and lecturers were hauled before the court for publishing in the Legon Observer: “Justice delayed is justice denied”. The Supreme Court ruled: “It must be appreciated by the press and all other freedom – lovers that (they need) a judiciary strong, courageous and respected that can effectively protect the freedom we all love… the courts are not above criticism but the courts will not allow themselves to be subjected to pressure emanating from irresponsible and romantic criticisms. You may recall the 2012 Election Petition and the pardon for Owusu-Afriyie (Sir John) and the incarceration of Ken Kuranchie by Justice Atuguba for their varied demeanours.

Articles 72 and Articles 296 of the 1992 Constitution grants the President, in consultation with the Council of State the authority to grant pardon exercising the “prerogative of mercy”. BUT – all these would come after the alleged contemnor had been found guilty of contempt, either “facie curiae” or “ex-facie curiae”.

This same Dr. Ayine had at an earlier press briefing made comments in February 16, 2021 suggesting that the Supreme Court had “a predetermined agenda” to rule against former President John Dramani Mahama and found guilty of contempt of the Supreme Court. He was discharged after he apologized copiously for the unsavoury comments. And he asymmetrically repeats the same unbalanced argument! Fie, hell is murky!

Perhaps Dr. Ayine finds it difficult to compartmentalise his position as MP for Bolga East Constituency, that of a budding lawyer, and that of a former Deputy Attorney General/ Minister for Justice. He may have been brilliant, for after being called to the Bar in 1995, he went on to do his Masters in International Economic Law at the Michigan Law School and a PhD in Trade and Democracy at Stanford University Law School in California.

Dr. Ayine is expected to be conversant with the provisions of the Legal Profession Act, 1960 (Act 32). He may check sections 16-25 of the said Act. He is a member of the legal fraternity, and until he elects to withdraw his membership, he is bound to abide by the provisions of the Act-his actions tend to get close to “professional misconduct”, we think.

As for Professor Henry Kwasi Prempeh of CDD, he appears to have had the unsavory task to defend and protect the panelists at a programme his outfit had organized –we have no problem with his remark that: “… the invitation to Dr. Ayine threatens every lawyer's right to freedom of speech”. But respectable and respectful Haruna Iddrisu, a prominent lawyer, Minority Leader and a Presidential hopeful has called on the Chief Justice to note that, “… freedom of expression is the building block of democracy”. Ah, but who does not know this? We have no quarrel with people criticizing a judicial decision. As Lord Atkin said in the case of Ambard v Attorney General of Trinidad and Tobago: “Justice is not a cloistered virtue, she must be allowed to suffer the scrutiny and respectful, even though outspoken, comments of ordinary men”. Kweku Baako calls the act “an overkill”. Murtala Muhammed thinks the action of the court is only to “deny Mr. Ayine's right to speak”. So, that right allows one to say “anything, anywhere”? Methinks, fair is foul and foul fair.

When Kufuor warned us: “not to kill a fly with a sledge hammer” Mahama (then Vice President) retorted: “we can even use a bulldozer to kill the fly”-And we hear the walloped, preposterous refrain: “Culture of silence” repeated again! We are for peace.