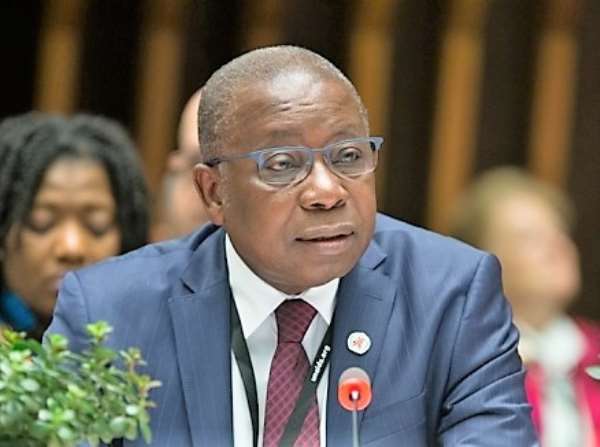 Minister of Health Kwaku Agyemang Manu says Ghana will continue to engage middlemen “to some limited extent” in the procurement of Covid-19 vaccines for the populace.

According to him, bilateral engagements to procure the vaccines fell through on a number of occasions, citing a case with the Russian government.

“But we needed vaccines,” he said at a press briefing in Accra on Wednesday, June 16, “so we had to utilise people who claimed they had the authority to sell for Russia and that is what we were doing.”

That deal has stirred controversy after a Norwegian tabloid reported that Ghana was shortchanged by the middleman, Sheikh Ahmed Dalmook Al Maktoum.

According to the reports, Ghana bought the vaccines at $19 per dose instead of the ex-factory price of $10 per dose.

“All these didn’t yield any responses and no significant results to the extent that we even invited the Deputy Ambassador of Russia for the engagement and he couldn’t facilitate our move. We therefore had no other option than to try to engage middlemen to see how best we can get the vaccines.”

He said the agreements were not going to be operational if orders were not made and letters of credit not signed, therefore, a first order for 300,000 was made and a letter of credit signed to be delivered by July.

Nonetheless, he said that first order has not been delivered, forcing the government to hesitate with the second agreement “to make sure that they were going to perform before we do the next LC”.

“The Russian agreements are about similar, so the second one we even did, we are only hesitating to see if the first one can actually bring before we go ahead to try to do the LC for the second one.

“Whatever it is, we may have to procure and so far as we are getting bilateral engagements to do, we wouldn’t have options than to continue to engage middlemen to some limited extent.”

Meanwhile, the Health Minister has revealed that down payment has been made for the delivery of Johnson and Johnson’s vaccines.

He said a 15 percent deposit has been made and by August the vaccines will be in.