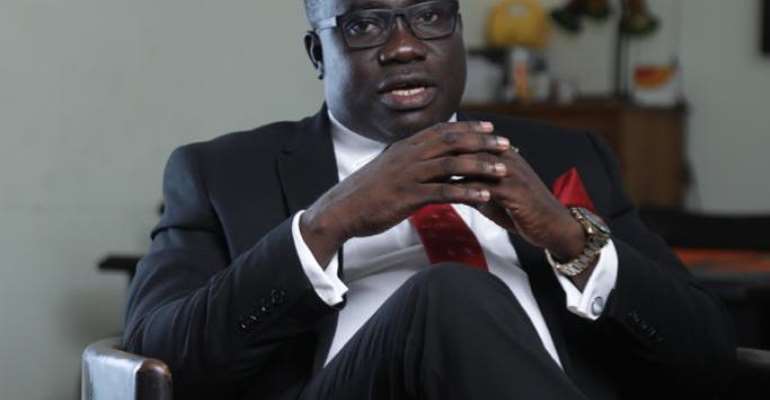 The Member of Parliament for Dormaa East Paul Apraku Twum Barimah has commended the Energy Minister, Mathew Opoku Prempeh over his decision to end all take or pay contracts that were signed under the reign of John Dramani Mahama and his National Democratic Congress government between 2013 and 2016.

Speaking in an exclusive interview with the media, Honourable Apraku Twum Barimah who is an energy expert and specialist said it does not make sense in the 21st century for any leader or government to deliberately sign an agreement that drains the resources and wealth of the country for their self-interests and benefit.

Even though he welcomed the decision by the minister to review the take or pay agreement, he noted that such agreements should not be considered by any government again in the life of the country.

"Akufo Addo has a vision of providing safe, reliable energy for the country in a bid to meet its energy needs for domestic consumption and industrialization through the Minister and the Ministry of Energy."

He said the era of negotiating power purchase agreement in emergency situations and during hard economic conditions should be a thing of the past and not be repeated.

"Ghana is estimated to have lost about US$4.102 billion dollars from the signing and implementation of the take or pay power contracts between 2014 and 2020 for power it did not use. The huge chunk of money could have been channelled into developing and fixing sections of the Ghanaian economy," the MP explained.

The Energy Minister, Matthew Opoku Prempeh last month announced that government would no longer sign Take or Pay Power Purchasing Agreements. The Minister explained that the decision is saving the country an annual cost of US$586m dollars spent on unused electricity purchased for the country.

Giving an update on Ghana’s Energy situation, the Minister disclosed that, “Ghana pays $586m as excess charges for electricity we didn’t use but have to pay.”

He further described all the 40 Power Purchasing Agreements (PPAs) signed under the Mahama administration amid the power crises, between 2013 and 2015, as costly PPAs that caused power tariffs to increase by over 200 percent.

Dr. Mathew Opoku Prempeh revealed that 3 of these PPAs have been deferred under a renegotiated Take and Pay arrangement.

This according to him saves Ghana 1.2 billion dollars each year. “The country will therefore resort to “take and pay” agreements which will enable us pay for only used power, going forward,” he emphasised.