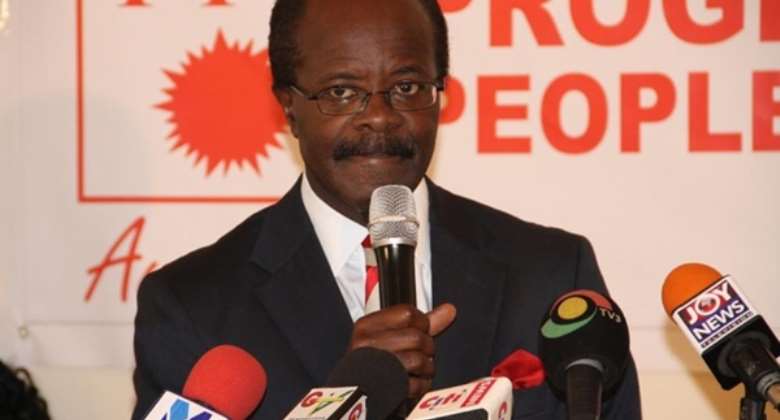 The Progressive Peoples Party (PPP) has issued an apology to all persons bearing the name Margaret Sekyere after wrongfully including the name to blast those behind Dr. Papa Kwasi Nduom’s court case in the United States.

Earlier this month, the party in a press release to defend its founder after it was reported that he had been dragged to court in the US over alleged money laundering.

Having used the name Margaret Sekyere in that press release, the PPP today says it made a mistake.

Admitting the error, the party says the intention was to use the name ‘Mavis Amampane-Sekyere’.

“The Progressive People’s Party wishes to apologize unreservedly to you and to all persons known as Margaret Sekyere who may have suffered similar inconvenience as a result of the inadvertent reference made to a certain Margaret Sekyere in the PPP's press statement of 8th June 2021,” part of the press release from the PPP reads.

It adds, “We are deeply sorry for the inconvenience caused.”

Read the full press release from the PPP below: