SHOCKING: Ghana Police Service only has 5000 bulletproof vests for over 40,000 officers 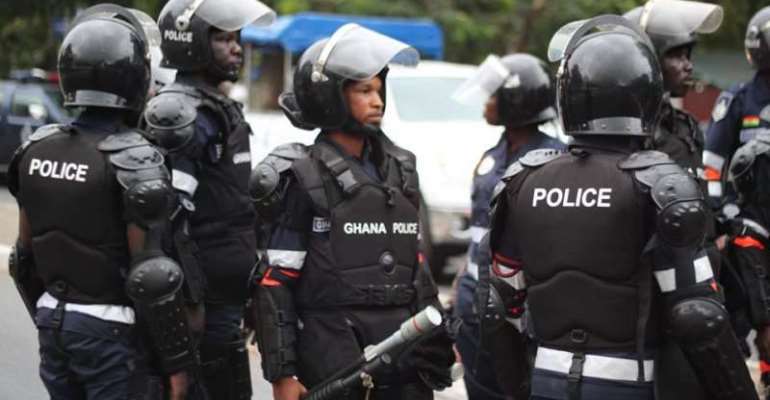 The Ghana Police Service (GPS) currently only has 5000 bullet proof vests for its over 40,000 officers, the Minister of Interior, Hon. Ambrose Dery has shockingly revealed.

The safety of the country’s police officers has become a major topic in the last 24 hours following the attack of a bullion van carrying cash by heavily armed robbers that resulted in the death of one officer and a civilian woman.

Speaking to TV3 on the matter, Ambrose Dery has admitted that the Ghana Police Service lacks resources although government is doing its bid to ensure they are provided the necessary tools.

According to the Minister of Interior, the limited bulletproof vests for the service means the GPS is unable to resource officers who are assigned to banks and other institutions.

“We have taken steps to protect our policemen and women when they go on such operations. We provided a number of bulletproof vests and helmets.

“5000 is not adequate, we are dealing with over 40,000 police officers and for those who have interest such as banks and financial institutions, we do not think that the limited resources that we have for the protection of the general public should be allocated to that special needs,” Ambrose Dery shared.

The Interior Minister continued, “So we expect that in those cases they [banks and institutions] should make a contribution to protecting the Police that we allocate to them.

“The banks don’t get held responsible when we lose policemen, the government does, I do. And I don’t think that the Bank of Ghana fixing 2023 is acceptable, it is not. So is it a death sentence for those Police we are going to assign?”

In the latest development, the Ghana Police Service has placed a GHS20,000 bounty for anyone who can assist them with information that can lead them to arrest the robbers.