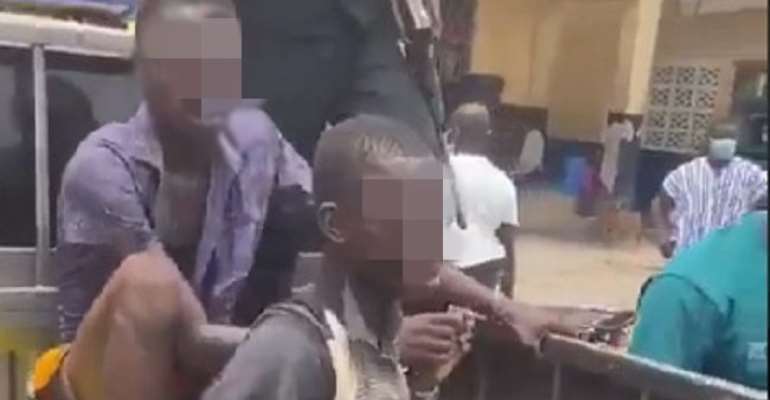 The Attorney General’s Department has advised that the two accused persons involved in the murder of 11-year-old Ishmael Mensah for alleged money ritual at Lamptey Mills, a suburb near Kasoa be charged with murder.

This came to light during the hearing of the case in court on Wednesday, June 16, 2021.

The two persons are Nicholas Kini and Eric Nyarko.

Counsel for the accused persons, Samuel Attuah is however optimistic that the case would be moved from the Ofaakor District Court to a High court.

He said he is still pursuing the bail application for his clients.

“The AG has advised that the two be charged for conspiracy to wit murder and the file forwarded to the AG’s office for further directives for the bill of indictment and sum of evidence, so we can start the trial as early as possible, which is good because everyone is interested in this case. So, we are very happy that the AG has advised in this direction.”

A family spokesperson for the late Ishmael Mensah, Samad Akalilu says, although they are happy with the directive from the AG’s office to charge the two with murder, they want a speedy trial.

“We want an expeditious trial. We are not happy when a day passes and this case is not fast-tracked. But on the flip side, we are happy because we have been waiting for what they say is the AG’s advice but on one breath we are generally not happy because the case is still delaying.”