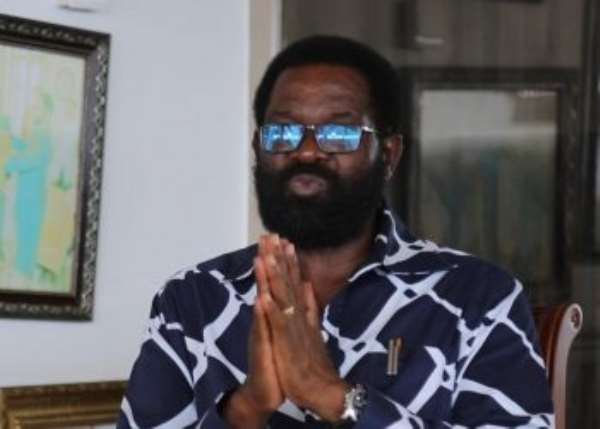 In an interview on Citi TV's Face to Face with Umaru Sanda Amadu, the former Mayor of Accra said Mahama has polled a substantial number of votes in his two previous attempts.

He thus believes that giving Mr. Mahama another chance is the party’s “best foot going forward.”

“He has really increased our votes and our support. I think NDC will do better if we retain him.”

According to the Electoral Commission, President Akufo-Addo garnered 51.59 percent of the votes cast in the 2020 presidential election, while Mr. Mahama got 47.37 percent.

Mr. Mahama subsequently took on the Electoral Commission and its Chairperson, Madam Jean Adukwei Mensa to the Supreme Court, for what he described as “voter fraud and irregularities” in the 2020 polls.

The apex court however ruled in favour of the EC and President Akufo-Addo.

Mr. Mahama subsequently registered his disagreement with the verdict of the Supreme Court.

Among other things, John Mahama expressed regret that the Chairperson of the Electoral Commission did not testify in court despite his applications for her to be interrogated.

He said the conduct of the court and the counsel for the Electoral Commission aided Jean Mensa to evade “accountability” for her work in the 2020 polls.

“I believe that the law should not be an instrument for partisan purposes. I also believe that the rule of law should mean that one rule for all… The 2021 election petition will go down in history as the profound moment when the Chairperson of the EC opted to evade public scrutiny… Everything was done in this trial to prevent the Commission from accounting to the people in whose name they hold office,” he added.

According to Mr. Mahama, that singular act of Jean Mensa not testifying in court is a betrayal of the principles of transparency and accountability to Ghanaians.

“This is a clear stab in the heart of transparency and accountability to the sovereign people of Ghana.”

The former President has thus indicated that the NDC will deploy more professionals to monitor the 2024 elections at various levels.

He has however not indicate his intention to contest in the 2024 elections.