Sputnik V saga: ‘Why should I be a subject of ridicule for basic economics?’ – Health Minister 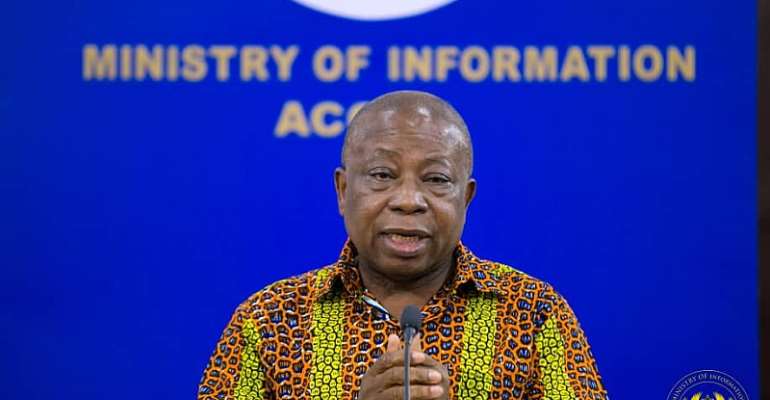 Health Minister Kwaku Agyeman-Manu has wondered why Ghanaians would be ridiculing him over attempts by the government to procure Sputnik V vaccines to continue Ghana’s immunisation programme against COVID-19.

An investigative report by a Norwegian news portal revealed that the Ghanaian government, through the Ministry of Health, has signed an agreement with a private businessman from Dubai to procure the Sputnik V coronavirus vaccines at a higher price by sidestepping regular channels.

According to the investigation, the government was in the process of purchasing the vaccine at US$19 per dose contrary to the manufacturer’s recommended price of $10.

The Minority in Parliament recently called for the immediate abrogation of the contract.

The Minority spokesperson on Health, Mr Kwabena Mintah Akandoh, described the contract as unconstitutional and, thus, said the government must abrogate it immediately.

He also disclosed at a news conference on Friday, 11 June 2021 that the Minority caucus intended hauling Mr Agyeman-Manu before the committee to provide reasons for resorting to a middleman to procure the vaccine.

Some critics have also asked for the minister’s sacking or resignation over the matter.

Speaking at the launch of the Pest and Vector Control Association of Ghana in Accra, however, Mr Agyeman-Manu said he was only acting in the good interest of Ghanaians.

“I had an obligation to try to see how we can arrive at our herd immunity”, he said.

According to him, “when we started looking for vaccines to procure, intermediaries were not part of our agenda”.

“We were looking at what we will get from COVAX”, he said.

“We could not have waited between March and August because we were in the second wave and we were dying more than when we had the disease in 2020”, he noted.

In his view, “basic economics will tell you that in terms of scarcity, the market is the suppliers’ market”.

“He or she dictates the price, not the buyer”, adding: “I am surprised”.

“We all learned these things at O-level, so, why should I be a subject of ridicule?” he quizzes.