Is It Possible to "Disinvent" The Wheel? 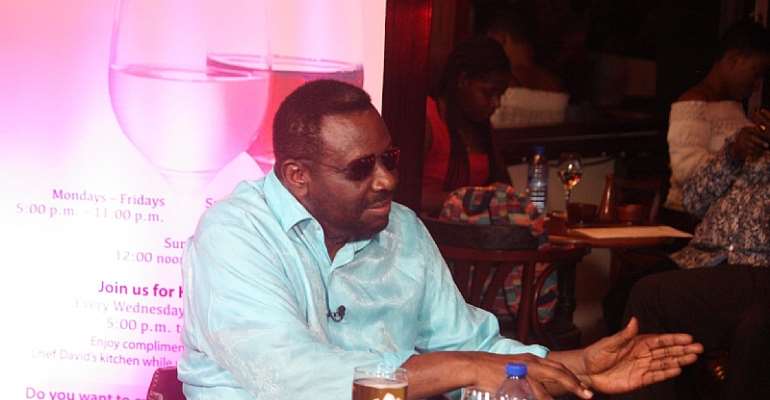 A LOT of Ghanaians erroneously believe that galamsey can be easily “reformed” and turned into a respectable, well-organised business, that will not harm the environment, nor destroy our rivers, streams, water-bodies and food farmlands, while making profits for those engaged in it..

Indeed, when the Government of the time passed laws in the 1980s to encourage “small-scale mining”, its hope was that it would be an equitable way of allowing our people to participate in the benefits accruing from the mineral resources of the country. This, they expected, would reduce the resentment which communities often exhibited towards foreign mining companies operating in their area.

What the Government of the time did not fully realise was that methods of mining, like those in other industries, had drastically changed. The industrial revolution, based on the invention of the wheel and its monumental progression, had infected mining with new techniques, some of which are so powerful that they would cause miners of ancient times to faint, were they to be exposed to those techniques! That's why so many Ghanaians are extremely shocked when they encounter, for the first time, the visible harm which galamsey does to our countryside.

Galamsey is NOT what used to be called small-scale or “artisanal” mining any longer. It is carried out on an industrial scale and once that “seduction” has occurred, reversing it would be like attempting to “disinvent” the wheel.

I suggest to the reader to go on the web and link to Youtube and then search for a TV programme called Yukon Gold. It's about the “adventures” of a group of miners who use excavators and “dozers” (bulldozers) to carry out surface mining in parts of the American countryside. Gold Rush also depicts much the same sort of scenes.

Huge machines are, in fact, the real “HEROES” of the TV stories. The machines can dig up so much soil in a short time and “wash” it for gold – in a continuous, factory-type process – that they are practically “worshipped” by the miners. The slightest thing that goes wrong with them obstructs the digging and other mechanical operations and throws the workers into serious depression pitiful to behold. When they are able to repair unserviceable machinery and resume their work, they exhibit angelic faces. If the machines enable them to achieve the “targets” of gold production that they have set themselves, their happiness turns into ecstasy.

Gold-winning has, indeed, become almost a “cult” activity as far as they are concerned. It gives them the motivation to continue living. It involves them in love affairs. It definitely is ADDICTIVE. And so, willy-nilly, it has become EVERYTHING TO THEM.

But please note that the heroic American miners who are portrayed in the TV story-lines do not have things their own way. Technicians employed by state governments monitor all their operations. These monitors are often cast in the light of interfering, obnoxious officials who do not show enough appreciation of the miners' difficulties. However, in the episodes I have been able to watch, the officials are largely absent because their devotion to the duty of enforcing the laws and regulations has made the miners aware that unless they behave like responsible individuals who would never dream of breaking the laws and regulations that govern the industry upon which their livelihood depends, their industry will be barred to them.

The situation in Ghana is, of course, completely different. Where an American official would be extremely happy to prosecute miners who destroy the landscape by infringing the regulations governing the industry, get-rich-quick Ghanaians short-circuit that by PAYING BRIBES to the Government employees who are supposed to supervise their work! They even secretly work in partnership with the officials sometimes. As Mr Krobo Edusei, a Minister in the Nkrumah Government of the 1960s was alleged to have admitted, the business ethos of the time was based on the principle of “Di bi na minni bi”! (“Chop some and let me too chop some!” ) No “cheating” there, he claimed. It hasn't changed!

Now, the business being carried out in Mr Edusei's era was largely, the import-export trade, and whereas the harm done to the society by bribery and corruption in that sphere could be relatively inconsequential, the moment the principle is extended to the area of surface mining, catastrophe ensues.

Lazy miners now depend solely on their excavators and bulldozers, because they want quick results. They use the machines to dig up huge chunks of soil everywhere that they suspect they might find gold: inside river riverbeds; inside forest reserves; on people's food and cocoa farmlands; sometimes, even in close proximity to human residences.

These greedy and lazy Ghanaians do not scruple to import Chinese technicians who know how to utilise the machines more efficaciously than their Ghanaian counterparts and who can repair them quickly when something goes wrong.

Thus it is that if you have never been to a site where galamsey has taken place and you see one for the first time, you will get a feeling almost like the one you will experience if you were to go to be landed on the moon! Large and deep, water-filled craters – everywhere. Piles of soil left in haphazard ridges across the landscape and making it inaccessible. Rivers and streams rendered mud-coloured by the machines.. Rivers and streams diverted from their normal courses and thereby starved of water and which dry up and die. The horror continues unabated, as one surveys the handiwork of the galamseyers.

Even more insidious is the damage that cannot be seen with the naked eye: the chemical wastes left in the water-bodies which seeps into the soil around them. These poison the land and makes production of food on farms near galamsey sites terribly dangerous. Chemicals like mercury, cyanide and chromium are dangerous cancer-causing substances. So much so that there have been reports that already, women in galamsey areas have begun to produce babies some of whom lack organs such as eyes, mouths, ears and noses. No-one knows what is absent INSIDE their poor little bodies.

Our current Government fully understands the operation and consequences of galamsey, but there are two main obstacles that hinder it from exterminating the calamity from our land altogether. In the first place, the Government is sensitive to the existence of a lot poverty in the rural areas, especially amongst the youth. In the second place, it seems to harbour a fear that if it deals strongly with the Chinese galamseyers who collaborate with Ghanaians, its friendly relations with the Chinese Government might be impaired.

For instance, despite the new law [Act 995] which provides that any foreigners caught doing galamsey in Ghana will serve long terms of imprisonment before they are deported, the following story has appeared in the Ghanaian media:

“A Kumasi High Court has convicted four Chinese nationals for their involvement in illegal mining activities on a 40-acre land of Obuasi-based Seidu Fanzia School... Shi Li Wen, Huang Shen Jun, Li DeHao and Lan Hai Song are to be deported for illegal stay and using fraudulent means to validate their stay and working without the required permits.

“The four Chinese citizens, who have all violated sections 23(1) and 35(1, d) of the Immigration Act 2000 (Act 573) of Ghana, [were] found working by prospecting for gold on [a] disputed site at Obuasi, are to be deported to their country of origin by this court and are hereby deported,” said the Presiding judge.” UNQUOTE

How come the Chinese were only charged under the Immigration Act of 2000, instead of under Act 995? Behaviour like that on the part of the prosecution service undermines the deterrent value of prosecutions against galamseyers. It also inevitably creates public cynicism against the Government's proclaimed intention of ending galamsey and thus saving unborn Ghanaians from a lack of drinking water in years to come.

The Government ought to bring the prosecution service quickly on board its anti-galamsey programme. Otherwise, it stands to lose all credibility in the war against galamsey.