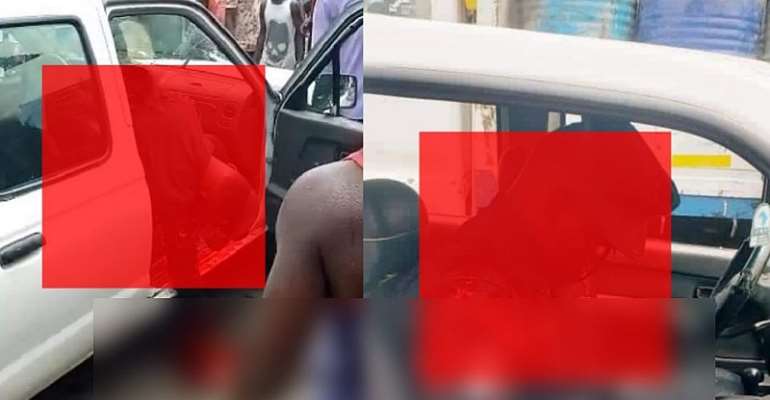 A Banking Consultant, Dr. Richmond Atuahene, says the directive by the Inspector General of Police to banks to purchase fortified bullion vans by the end of June is impossible.

The IGP has told banks in the country to acquire fortified bullion vans to cart cash across the country by June ending or have the police withdraw their escort duties for them.

It comes on the bank of the killing of an officer who was escorting cash at James Town in Accra Monday.

Speaking to Francis Abban on Morning Starr Tuesday, Dr Richmond Atuahene said armored cars are too expensive for the banks to procure within the given time.

“The armored cars cost around $150k to $200k and by the time the banks get to that level, they wouldn’t be in business. Our banks can buy but you can’t put all your money into the buying of bullion vans especially with those with many branches,” he said.

A Police officer was shot dead by suspected armed robbers in an attack on a bullion van at Adedenpo near James Town in Accra Monday.

The officer who was with the National SWAT team of the Police was escorting the money in the vehicle and was seated in the front seat.

The officer who was with the National SWAT team of the Police was escorting the money in the vehicle and was seated in the front seat.

A Police report on the incident said: “A distress call by telephone from James town reported that three armed men on two motorbikes number unidentified, attacked and robbed a bullion Nissan van with registration number gt 8592 w with the inscription Mon-tran company. that the policeman on-board had been shot dead and the driver injured. the James town district police command and men rushed to the crime scene and found the said van parked in the middle of Adedenko metal market road with three-door glasses shattered. the body of no. 58449 g/constable Emmanuel Osei of the national swat found in a pool of blood at the front seat.

“The driver known only as wisdom was not met at the scene. onlookers led police to a wooden structure where the body of one Afua Badu aged about 40 was found lying prone in a pool of blood. spot enquires revealed she was pursued and shot at for raising an alarm. police also located grace Essel, one of the officials who escaped unhurt took refuge in the community. she has been send to the police hospital via papa 52 for treatment. bravo tango one and team visited the scene and conveyed the two bodies to the police hospital morgue for preservation and autopsy. police is presently waiting for the arrival of the crime scene team from the headquarters for crime scene investigations. police will visit the korle-bu teaching hospital where driver of the van is alleged to have gone for treatment. further development will be reported please. information gathered indicate the robbers made away with the police ak 47 rifle and unspecified amount of money”.