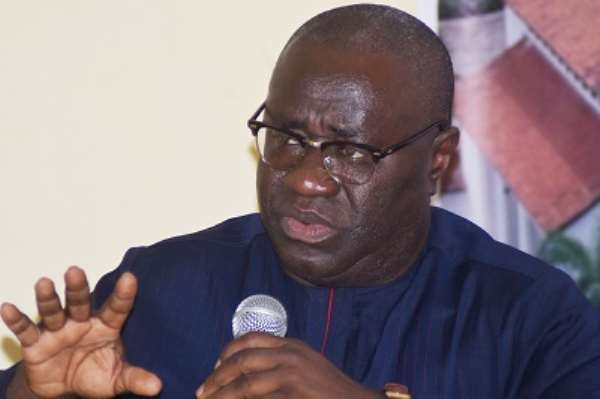 Security analyst and Head of the Department of Research at the Kofi Annan International Peacekeeping Training Centre (KAIPTC) Prof. Kwesi Aning, has advised the police to buy Bullion Vans and rent them out to banks in the country.

It comes on the back of the killing of a police officer by suspected robbers in a broad daylight attack in James Town in Accra during cash transfer. The vehicle transferring the money was not a bullion van but had a police escort.

The IGP subsequently has told banks in the country to acquire fortified bullion vans to cart cash across the country by June ending or have the police withdraw their escort duties for them.

Speaking to Francis Abban on the Morning Starr Prof. Aning said “The Police service could have acquired these vans and rented them out to the banks and made money”.

He said that will not only help the banks but the police force as well as they could generate revenue from such an initiative.

Meanwhile, a Banking Consultant, Dr. Richmond Atuahene, says the directive by the Inspector General of Police to banks to purchase fortified bullion vans by the end of June is impossible.

“The armoured cars cost around $150k to $200k and by the time the banks get to that level, they wouldn’t be in business. Our banks can buy but you can’t put all your money into the buying of bullion vans especially with those with many branches,” he said.