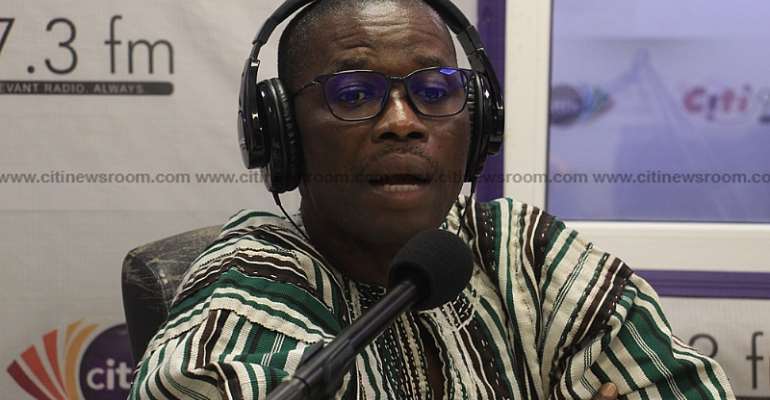 Member of Parliament for Wa West, Peter Lanchene Toobu, says the latest robbery attack on a bullion van at Jamestown in Accra is not surprising because it is the result of a systemic challenge.

He said the lack of communication and collaboration between the Bank of Ghana and the Ghana Police Service has created a loophole for criminals to operate, especially in attacking sub-standard vans carting money.

“It is not surprising, it is expected… I blame the system because this is supposed to be a collaboration between the Bank of Ghana and the Ghana Police Service. All these other people they have sub-contracted to; the money carriers and so on, are just taking part of the Bank of Ghana’s responsibility,” he said on the Citi Breakfast Show on Tuesday, June 15, 2021.

Some armed robbers on motorbikes and a taxi cab, on Monday, June 14, 2021, shot to death a police officer and a trader, and also injured the driver of a bullion van they attacked at Adedenkpo, a suburb of Jamestown.

The deceased police officer was providing security for the van.

The robbers reportedly trailed the van and launched the attack by shooting indiscriminately.

They are said to have made away with an undisclosed amount of money aboard the van.

The development adds to the tall list of robbery attacks launched on bullion vans in various parts of the country.

According to Peter Toobu, “there is a total breakdown of collaboration, and people in the middle, the criminals, are taking advantage of that. We are not supposed to use any vehicle apart from what the law describes as a bullion van.”

“One that is a fortified vehicle that you can sit in there and even if armed robbers attack and shoot, you will still be safe. This is what is required to carry money,” he said, expressing regret that most of the vehicles used to cart money in the country are not fit for use as bullion vans. Preventable death

Peter Toobu said police officers assigned to duties such as escorting vans being used to cart money are being put in harm’s way.

Reacting to an order by the Inspector General of Police, James Oppong-Boanuh to banks to ensure that they use proper bullion vans to cart monies by the end of June 2021, Peter Toobu said that directive must be disregarded.

“The IGP cannot be serious. The Bank of Ghana is responsible for this, and it [BoG] thinks that it is not possible to phase out this within a year or two, and the IGP comes to say within a month you should get it done?” he quizzed.

The former police officer said he will consult with the leadership of the Defense and Interior Committee to brainstorm on the way forward, and what action must be taken to “push them [government] towards a direction that will bring peace and security to this country.”