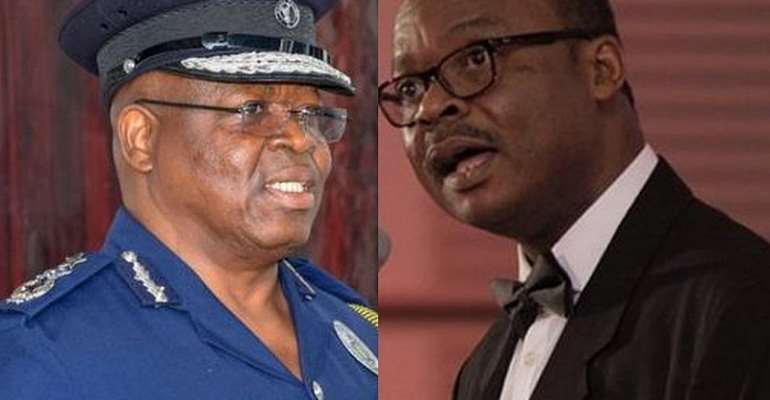 A statement issued by the Bank of Ghana (BoG) on December 24, 2020 shows it directed all Deposit Money Banks (DMBs) and Specialized Deposit-Taking Institutions (SDIs) to secured armoured bullion vans in a move to combat robbery attacks.

All DMBs and SDIs had up to July 2023 to comply with the BoG directive, the statement indicated.

This follows series of attacks on bullion vans carting cash which most often results in the death and injury of drivers and police officers.

Although all DMBs and SDIs have up to July 2023 to comply with the BoG directive, they were expected to take immediate measures to secure the armoured bullion vans to prevent loss of lives, currency, and destruction of sophisticated equipment which then became a national security concern.

"BoG further directs all DMBs and SDIs should comply with the above directive by 1st July, 2013 after which BoG will not admit any soft-skinned CIT vehicle into its premises nationwide," the statement emphasised.

However, following Monday’s armed robbery attack on a bullion van at James town in Accra, the Inspector General of Police, James Oppong-Boanuh has asked banks to provide armoured vehicles for carting money.

Whiles BoG directive says July 2023, the IGP said DMBs and SDIs have up to the close of June 2021 to satisfy all the directive.

He added that failure on their part will compel the Police to withdraw its officers for escort duties.

“The IGP is also reminding the Association of Bankers to provide fortified armoured vehicles for carting currencies by the close of June 2021 as earlier agreed between them and the Police Service, else the Police withdraws its officers for escort duties,” the IGP warned in the statement.

Meanwhile, the Inspector-General of Police (IGP), James Oppong-Boanuh, has instructed the Director-General of the Criminal Investigations Department (CID), to take over investigations into the armed robbery attack on Monday's bullion van incident at James town in Accra.

“The Inspector-General of Police (IGP) Mr. James Oppong-Boanuh has directed the Director-General Criminal Investigation Department to take over the investigation into the attack on a bullion van at Adedenpo, a suburb of James Town in Accra on 14

Police had said the unidentified armed men, on not less than three motorbikes, crossed the bullion van and started shooting sporadically.

The police officer onboard was shot dead, the diver of the vehicle sustained gun wounds and a woman was killed by a stray bullet.