On NDC’s much publicised social democratic descriptive tag: Where are the social interventions? 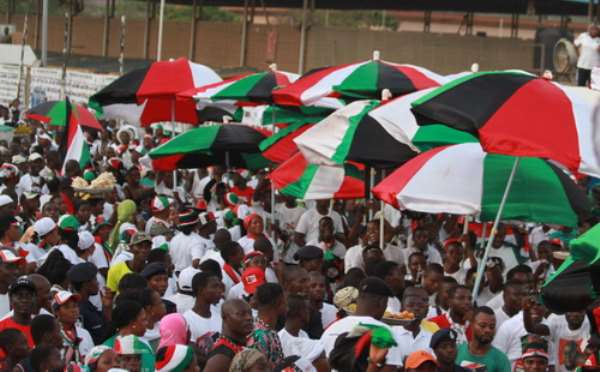 “Social democracy is a political, social, and economic philosophy that supports economic and social interventions to promote social justice within the framework of a liberal democratic polity and a capitalist mixed economy.”

Some experts however maintain that social democrats are of the view that both the economy and society should be run democratically so as to meet the needs of the vast majority of the citizenry.

In effect, social democrats are against the idea of running the country in such a way that only a few end up benefitting.

There are three main tenets of democratic socialism: freedom, justice and solidarity.

Based on the preceding ethos and values, social democrats, such as the National Democratic Congress (NDC), are expected to take great interest in ‘social interventionism’.

The overarching question every Ghanaian should be asking then is: do the NDC faithful really believe in the provision of social interventions?

Well, your guess is as good as mine.
When Dr Bawumia dared the NDC operatives some time ago to claim ownership of any successful social intervention, he was, as a matter of fact, referring to “social interventionism” and not “social infrastructure or amenities”.

Since the NDC has abysmal record on the initiation and implementation of social interventions to impact positively on society, it came as no surprise at all to some of us when the NDC faithful woefully failed to give any tangible response to Bawumia’s query.

It would, therefore, appear that the NDC faithful, who apparently take pride in the social democratic ideology, are not in the business of promoting the welfare of the masses, but they are rather on a mission to advance their parochial interests by persistently proselytising and hoodwinking the unsuspecting voters to gain electoral advantage.

In a grand scheme of things, social interventionism is “a pragmatic action which involves the intervention of a government or an organization in social affairs of society.”

In essence, social interventionism refers to the effective, prudent and appropriate means of ameliorating social or economic difficulties being faced by people.

Social interventionism, so to speak, differs from the provision of social infrastructure and amenities, such as toilets, electricity, schools, hospitals, water, roads, interchanges, amongst others.

I have always insisted that it would only take a doubting Thomas to challenge the fact that the NDC faithful, who take pride in the social democratic ideology, are not in the business of promoting the welfare of the masses.

The general belief, however, is that the NDC is only good at running down or cancelling crucial social interventions.

It is an illustrative case of social democrats who do not know how to initiate and manage social interventions.

If you may recall, the erstwhile Mahama government cancelled/collapsed the Nurse’s Allowance, the Teacher’s Allowance, SADA, GYEEDA, NHIS, the Maternal Care, the School Feeding programme, the Mass Transport System, amongst others.

It is also true that the NDC operatives campaigned and voted against the poverty reduction Free SHS policy during the 2016 electioneering campaign.

As if that was not enough, the NDC loyalists have persisted with their utter disgust for the poverty alleviation Free SHS, by needlessly attacking its implementation.

Given the circumstances, it will not come as a surprise to some of us at all, if the future NDC government decides to cancel the programme altogether.

So there is nothing out of the ordinary if the NDC operatives keep criticising the seemingly innovative and advantageous double track Senior High School system.

In hindsight, social protection is often seen as a safeguard for the poor and vulnerable, such as children, women, older people, people living with disabilities, the displaced, the unemployed, and the sick.

In effect, social protection is generally understood as public and private organisations that give means of income to the poor and take care of the vulnerable against bread and butter issues with the main aim of reducing the economic and social hardships.

However, the reasons behind social protection differ very broadly, ranging from minimising poverty and vulnerability, building human capital, empowering women and girls, improving livelihoods, and responding to economic and other adversities.

Thus, the form and function of social protection programmes can be quite diverse, according to the particular intervention (Hanlon et al., 2010).

Based on the preceding explicit definitions of social interventionism, we can confidently delineate some social interventions as: the Nurse’s Allowance, the Teacher’s Allowance, SADA, GYEEDA, NHIS, the Maternal Care, the School Feeding programme, the Mass Transport System, the Free SHS, the Nation Builders Corp (NABCO), the Livelihood Empowerment Against Poverty (LEAP), the Disability Common Fund and the Capitation Grant.

Besides, other forms of social protection aim at long-term development and allowing people to move permanently out of poverty (Babajanian et al., 2014).

Some experts however contend that social protection is not only designed to alleviate poverty but also to transform lives, through implementation of policies and programmes that normalise the inequalities.

In light of the above, we can conclude that social intervention is an investment in human capital which increases capacities and the accumulation of productive assets.

In the great scheme of things, social intervention contributes to human capital either by providing skills and services or by offering cash and access, which enable households to invest in their own development.

Interestingly, a small number of countries (including India, South Africa and Uruguay) and organisations recognise social protection as a human right and an entitlement against low standards of living (Jones & Shahrokh, 2013).

In ending, given the party’s appalling track record, we can draw an adverse inference that the NDC government will most likely cancel social interventions such as the Nurses and Teachers Allowances, the Nation Builders Corp (NABCO) and the Free SHS if presented with another opportunity in the near future.