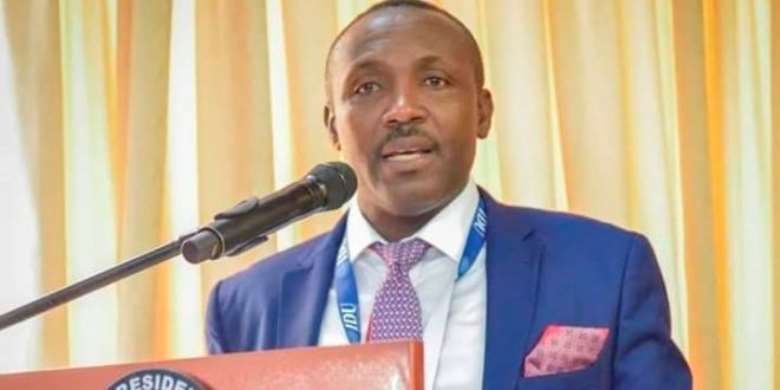 The General Secretary of the ruling New Patriotic Party (NPP), Mr. John Boadu has petitioned the Director of CID Mr Yeboah, about video in circulation on social media alleging his involvement in illegal mining (Galamsey) and attributing some parked excavators, other movable equipment and some property to be his and that of his supposed business partners, mainly Chinese miners.

In the petition, the Chief scribe of NPP, indicated that his initial investigations revealed one Oscar Ike Obinim to be the mastermind behind the production of the video and the narrator in the video.

In the petition, Mr. John Boadu called for thorough investigations into the motive and the individual/individuals behind this sinister act to cause him public disaffection and destroy his hard-earned image and reputation.

Mr. John Boadu on countless occasions asserted that he is not into mining, legal or illegal. The General Secretary, speaking on Okay Fm during an interview with the host, Kwame Nkrumah Tikesie, admonished the military or the team in charge of the fight against illegal mining (Galamsey) to burn any concession or excavators that are appropriated to him since he is neither directly nor indirectly involved in any form of mining and he does not own any excavator or excavators.

Find the entire petition below …

The Director of CID

I wish to bring a formal complaint to your outfit to investigate a video in circulation on social media purporting that I, John Boadu, the General Secretary of the New Patriotic Party (NPP) is involved in illegal mining (Galamsey) contrary to the laws of Ghana,

In the said video, a gentleman by name Oscar who is on social media as Ike Oscar Obinim was heard alleging that, I am the owner of the fleet of excavators seen in the video parked at a location in Asankragua in the Western region.

He claims that I used them for illegal mining against the orders and directives of the President, H.E. Nana Addo Dankwa Akuffo-Addo.

I am by this complaint, calling for full investigations and possible arrest of all involved in this scandalous act to tarnish my hard-earned reputation and image. I do state categorically that, I do not own the said property and or excavators as alleged in the video.

Please find attached a copy of the video on a pen drive for your attention and action.

"It's a great time to invest in Ghana, the safest country in...
43 minutes ago