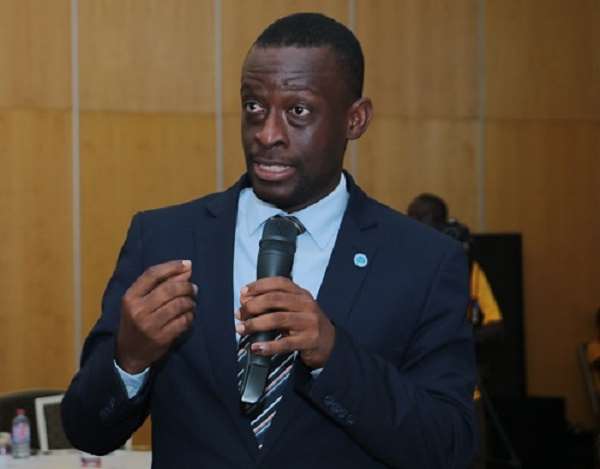 The Western Regional Minister, Hon Kwabena Okyere Darko Mensah says no one should be angry at the government for not nominating any member from the Western Region to the list of 19 cabinet members named by President Akufo Addo.

Speaking to Kwame Malcolm host of Radio 360 's flagship morning programme dubbed, "Y3nsom" in Takoradi, the Western Regional Minister who is also the Member of Parliament for Takoradi said the commentary on the issue after the release of the list of cabinet ministers should be ignored.

"I want to say something, there is a region that does not even have a full minister. Added to this, that provision in the constitution, for me, I see it as very superfluous because everyone attends cabinet meetings even party general secretary and the chairman are all in attendance. Every minister attends cabinet meeting...even you the host , Kwame if you are doing something in Ghana that is very important, you will be taken to cabinet meeting so I do not think anybody should be fighting over this issue because I believe when you are given a position, it is what you can do for Ghana and your people you represent that is important so let us not labour on this matter as the President has the right to select by the Constitutional provisions and he has done so and we leave it at that. The most important thing is that we will get what we need to develop as a region and a people," he stated.

When asked if the lack of a Westerner casts a slur on the Region since gone were the days of Hon Joe Baidoe; the late Hon Gladys Asmah and Hon Paapa Owusu Ankomah who made it to the cabinet, he posited that nothing of that sort must be entertained as he believes some people in the region are making a political capital out of it.

" ... it is somebody who wants to pitch us against each other so we fight each other in our party; you know that since I became a Regional minister you can bear witness what has transpired by way of development so such deductions are only to make us get at each other within the party and that must not be our target. Our target as a region and a party is to make sure the dual carriage way to Tarkwa is executed, the road from Bawdie to Samereboi and the dual carriage way from Takoradi to Sekondi is done as well as market circle are constructed, the PTC interchange all done and booming employment opportunities for the youth," Hon Okyere Darko added.

The Western Regional Minister advised that the focus for the region is to keep pushing for the general interest of the people.

"..it is not going to (cabinet) meetings that is the issue but rather when the national cake is shared we will get ours that is most important so I am clear in my mind that it does not cast a slur on anybody and what we should busy ourselves with is to fight for what we believe will help move our region forward and also when we get what is due, we will put it to good use for the unborn generations to also benefit . No one must break a sweat over this issue as I disagree with anyone who wants to pitch us against each other by throwing it in our face that during this era this was a minister of this calibre etc which really does not matter but rather what you do with that portfolio which is most important," he emphasised.