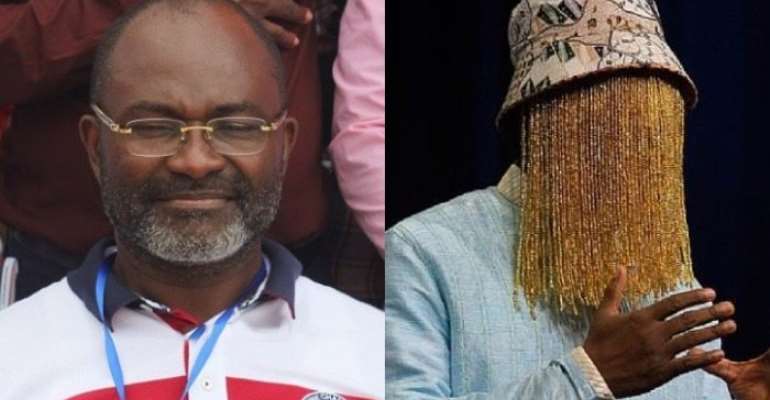 Anas’ lawyers argued in court on Monday, June 14, 2021, that the matters Mr. Kennedy Agyapong was seeking to testify to were not within his personal knowledge neither did he author them.

A member of Anas’ legal team, Odei Krow, prayed Justice Eric Baah of the General Jurisdiction Court 2 Division of the High Court, not to allow the MP to testify to the contentious narrations since doing so will offend the rules of evidence.

“We further state that the witness has no personal knowledge as required under Section 60 of the NRCD 323 to speak or to testify to the deposition in paragraphs 7 & 8 supra and the videos captured as exhibits KOA1 KOA3 and KOA4. He’s not in any way connected to the said videos and therefore he’s not competent and clothed with the least knowledge to speak on these matters,” Mr. Krow said.

According to Krow, Mr. Agyapong is captured on a 3rd July 2018, Adom TV tape admitting in the Twi language that “he is not the author of exhibit KOA1” and, that, “the said video was manufactured by Salis Newspaper”.

The investigative journalist sued the Assin Central MP for GHS25 million in defamation for libellous comments the MP is said to have made about the journalist in the run-up to the premiere of the Number 12 exposé on football in Ghana.

He is seeking general as well as aggravated damages, including other reliefs.

Arguing for Kennedy Agyapong, however, Raphael Adjapong described the objection as flawed on law and in fact.

He argued on the issue of the video exhibits, that “Mr. Aremeyaw “is in court seeking damages in the sum of GHS 25 million alleged to have been defamed on the basis of these videos. All of [Mr. Aremeyaw’s] two witnesses who came to testify on his behalf admitted that they came to court on the basis of these videos. It does not, therefore, lie in the mouth of counsel to object to that particular evidence that he’s relying on as the basis of his defamation suit.”

The lawyer further argued that the whole essence of cross-examination is to discredit a witness who may not be speaking to the truth and dated Mr. Aremeyaw’s lawyers to go ahead and cross-examine Mr. Agyapong if they thought they had a good case.

But in reply, Samuel Appiah Darko, one of the lawyers for Anas Aremeyaw Anas said his colleagues on the other side were “belabouring under the misconception that the plaintiff is in court to rely on the exhibits of the defendant”.

Justice Eric Baah ruled that the objection raised was fundamental to the trial and would require a reasoned ruling. He subsequently adjourned to 29th June at 11 for his ruling.