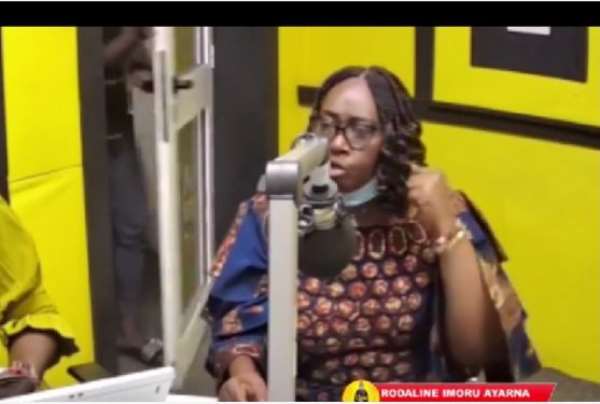 A former Vice-Chairperson of the Convention People’s Party (CPP), Rodaline Imoro Ayana, has said she has lost trust in the police service.

She said most of them refuse to use their head in carrying out their duties.

Speaking on Class91.3FM’s current affairs programme ‘The Watchdog’ on Saturday, 12 June 2021, Ms Ayana expressed disquiet about how the Ghana Police Service is using COVID-19 as an excuse to stifle people’s freedom of expression by way of demonstration.

Just recently, the Supreme Court quashed a high court ruling that barred the #Fixthecountry campaigners from embarking on a planned demonstration citing the pandemic and its associated restrictions on public gathering as the main reason.

In the view of the former CPP Vice-Chair, it is better for the police to allow the youth to go on the demonstration “to vent their anger” than to have a situation where they will explode simultaneously in an uncontrolled fashion one day due to the continuous use of the law to prevent them from exercising their right to demonstrate.

“I think that this particular time that we are in, the police have been just too partisan, too divisive because, somehow, they don’t seem to see anything good that is coming from the other side”, she said.

She observed that even though the police may have always acted this way in the past, “using a particular event like COVID to stop people from exercising their constitutional right is wrong”.

She also expressed strong reservations about police brutalities against civilians.

“And the brutalities; it is in the Constitution: you are not supposed to brutalise, torture anybody”.

“That is the whole issue”, she noted.

She warned: “We are getting to a certain situation where before long, civilians are going to be fighting the police”.

“Already, we don’t respect the police and it’s all because of these kinds of things”, she said.

“Why is it that people keep saying: ‘Bring in the army’, ‘Let the army go and do it'?" It is because the army will work with ‘nyansa’”.

“I have always told people: “If I’m in a situation, if I get to a situation where I find a policeman with a gun, I will run because even if he’s there to do the job, I cannot bet my life that he has been trained properly to handle the gun or to use his head to decide when to shoot up there and when to shoot into the public”, she noted, insisting: “This is the situation”.

“So, I am saying that in order to bring peace and sanity to move on as a country, what’s wrong with letting people demonstrate?” she wondered.