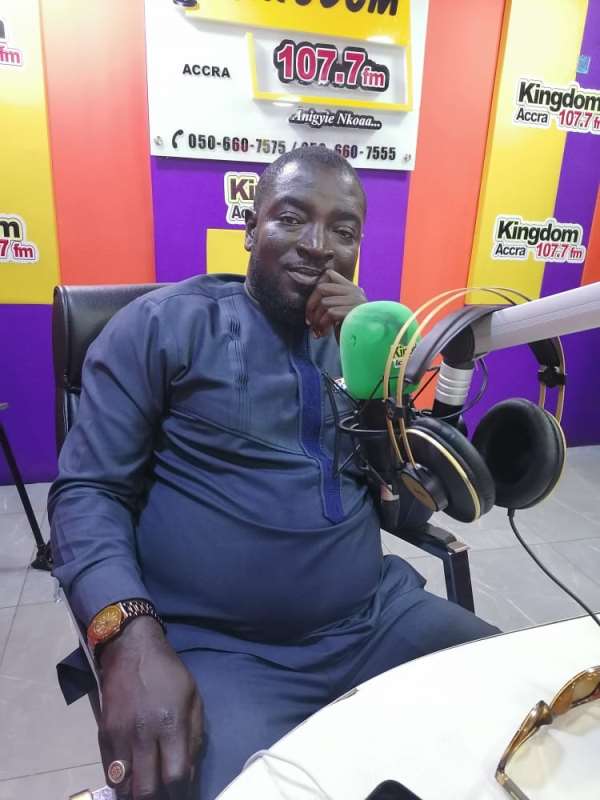 A communication team member of the ruling New Patriotic Party, Nana Kwadwo Agyei Yeboah (Nana Kay), has described the achievements of the opposition National Democratic Congress (NDC) after 29 years as empty while insisting that the party has been a disgrace to Ghanaians.

At an event to commemorate the anniversary, General Secretary of the NDC, Johnson Asiedu Nketiah has said the party’s achievements stand tall and cannot be compared to any other political party in Ghana.

According to Nana Kay, the NPPs achievements in road infrastructure, education, and health is no match for that of the NDC.

“You will agree with me that maybe our performance will be better. But as we stand here, the NDC remains the most successful party in Ghana since our independence,” General Mosquito stated.

Meanwhile, Nana Kay has insisted that the NDC comes nowhere near the New Patriotic Party (NPP) in terms of achievements.

He said the difference is so clear when one compares the 29 years of NDC to that of 12 years of the NPP.

According to him, President Kufuor brought free maternal care which benefitted the Muslims and Zongos more than any group.

“Mobile Money Interoperability transactions have seen massive growth due to the reduced cost of sending money to other networks and some networks even offer free transactions. This is part of the successful digitalization agenda by Nana Akufo-Addo, Vice President Bawumia and Chief of Staff Frema Opare. We have free SHS, we have NABCO, Planting for Food and jobs. This tells you that the NPP 12 years cannot be compared to the empty 29 years of the opposition NDC,’’ Nana Kay exclusively told Reynold Agyemang on ‘Pae Mu Ka’ on Accra-based Kingdom FM 107.7

"Nana Akufo-Addo is building five interchanges and one is fully completed and the rest are 80% completed. Talk about the Kumasi International Airport which is about 85% complete.

Nana Kay also used the opportunity to school the NDC on more achievements under the Akufo-Addo-led NPP government.

"We have benefitted from two sets of COVID-19 VACCINES and another good news is that the Akufo-Addo government is in the process of securing ELECTRIC BUSES with Anti-COVID-19 Kits to be assembled in Ghana very soon.

"Under John Mahama, we had four years of “Dumsor” which collapsed many businesses and made normal life unbearable but currently what are we enjoying under Nana Addo as far as our energy sector is concerned for livelihoods and businesses is something Ghanaians have appreciated under the NPP.

"We also have medical Drones supplying emergency medical materials and blood to health centres in a matter of some few minutes which is helping to save lives. We have 1D 1F, 1 Village 1 Dam, Lower Interest rates by banks, low inflation, and the icing on the cake is the African Free Trade Secretariat (AfCFTA). Akufo-Addo in just 4 years has also secured funding for a new National Bank Just take a close look at these achievements, the 29 years of the NDC doesn’t come anywhere close to the ruling NPP,” he stated.

Nana Kay stressed, "….you [NDC] are just getting Ghanaians annoyed with this 29 years anniversary celebration. You have disgraced Ghanaians. You have not shown respect to Ghanaians. It’s an insult.

"Ghanaians let’s be vigilant. The NDC has not respected us. John Mahama told us we have short memory. Not this time, this time everybody is smart. We won’t let anyone come and deceive us.”