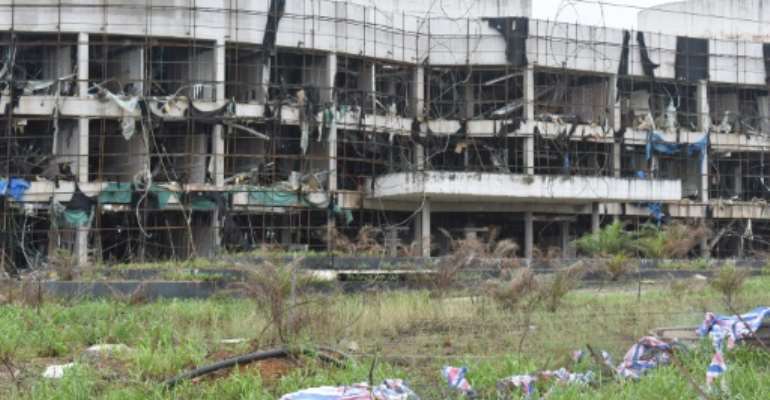 Stocks of explosives in the camp accidentally detonated on March 7, killing 107 people and injuring 615 others. By - (AFP)

Two soldiers will face charges of homicide and negligence over a massive explosion at a military camp in Equatorial Guinea that killed more than 100 people in March, the prosecutor's office said.

Stocks of explosives in the camp accidentally detonated on March 7 obliterating neighbouring residential areas, killing 107 people and injuring 615 others on the outskirts of economic capital Bata.

It is believed the explosions came after slash-and-burn land clearance fires grew out of control and reached the camp's armoury.

President Teodoro Obiang Nguema, who has ruled the central African country with an iron fist for 42 years, blamed the military for "negligence" in stocking ammunition so close to residential areas.

The head of the camp, Lieutenant-Colonel Valentin Nzang Ega, and Corporal Jose Antonio Obama Nsue will appear before a military court over "homicide, damage, fire and negligence," according to the indictment read by military prosecutor Alejandro Mitogo on state channel TVGE Saturday evening.

"We request a sentence of 70 years imprisonment for the accused Jose Antonio Obama Nsue and 30 years for Valentin Nzang Ega," the prosecutor said.

The president had announced an investigation in the aftermath of the tragedy, but no further information had been released until the prosecutor's statement.

Bata is home to 800,000 of the country's 1.4 million people, most of whom live in poverty despite the country's oil and gas wealth.