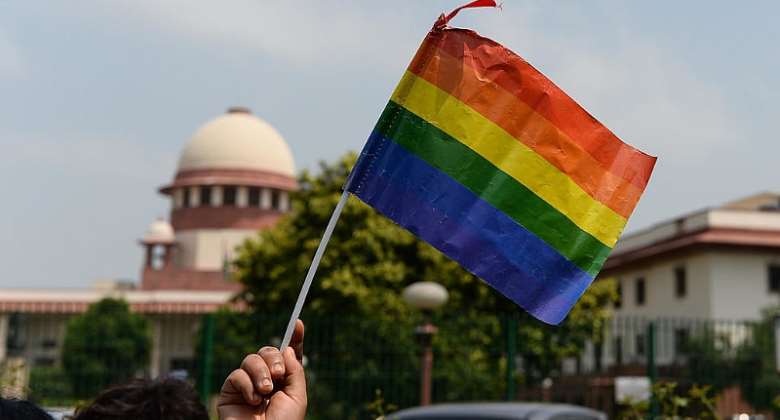 India's transgender community has complained it is being neglected from the nationwide Covid vaccination drive, and has called for easier access to vaccines in community friendly settings and assistance in booking slots.

Many in the LGBTI community, which numbers nearly half a million, are already suffering from HIV, complications from sex reassignment surgery and drug addiction. Medical experts point out many are immuno-compromised – putting them at a higher risk of Covid.

On the flip side, transphobia in healthcare has made them hesitant to seek out vaccines.

“We are looked down by society. In this pandemic it is extremely difficult to get proper help, especially with vaccination. The government should be sympathetic,” Zakia, a 29-year old transgender person told RFI. A majority of the members are spread across the country especially in big cities and towns where their primary source of income remains begging or demanding ceremonial gifts and money from families, which makes booking appointments for vaccinations difficult.

"Registration through the app is impossible as many of us do not have smart phones. We are not all literate and don't know how to use internet browsers effectively. It is definitely creating a hurdle," Prabha Devi, told RFI.

Some point out that lack of information and poor internet access are also among the issues that have made it difficult for them to get vaccinated. Further, many trans people do not possess valid photo identification, which is mandatory for registering online.

There are nearly 4,000 transgender people in India-administered Kashmir, according to the last census in 2011, and stigma in the region's conservative Muslim society has added to the Covid complications.

"LGBT people have experienced the Covid-19 pandemic differently than non-LGBT people in all aspects of basic needs," said Shreen Hamdani, a research scholar at the central university of Kashmir who is working on a thesis about the region's transgender community.

“They are stigmatised due to their appearance and sexual preferences. They aren't even considered to get vaccinated," she said. "Their mental, economic and health conditions are at stake and prone to worsen due to ongoing pandemic."

The All India Network of Sex Workers (AINSW), a collective of five million sex workers in India, last week wrote to the Delhi government demanding better access to vaccines for the people of these communities.

The Indian capital has over 55,600 women sex workers and some 9,500 transgender persons, who are covered as “high risk groups” under the National AIDS Control Programme of ministry of health and family welfare.

“Most of the transgender persons are severely hit by the pandemic. They have literally no money left for survival and on top of that, now they have no avenue to get vaccinated,” said Amrita Sarkar, advisor, transgender wellbeing and advocacy at India HIV/AIDS Alliance.

Even the National Council for Transgender Persons has written to health departments emphasising the discrimination faced by the transgender community while seeking treatment for Covid-19.

In 2014, India's Supreme Court recognised transgender people as the third gender. This followed a directive to central and state governments to legally recognise them and to make provisions for them to access welfare schemes as well as extend reservations – a form of affirmative action – in educational institutions, public appointments, medical care, as well as to create separate public toilets.