Zanetor, please, let the sleeping dogs lie: June 4 1979 was a curse on Ghana! 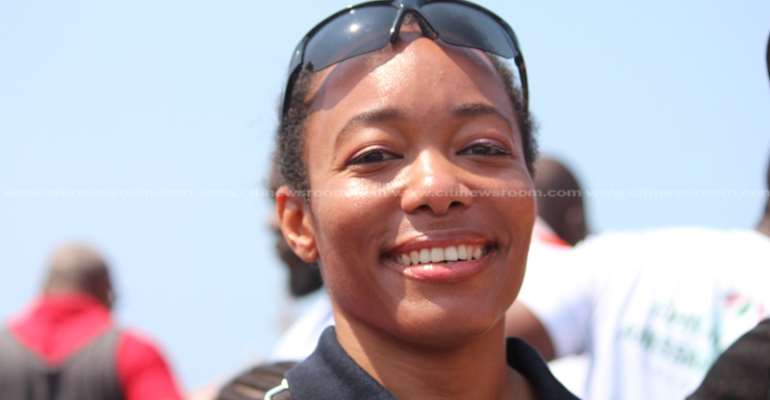 I could not end my arousing disgust upon perusing through the seemingly preposterous and somewhat revoltingly ugly remarks by the first daughter of former President Jerry John Rawlings, (Dr Zanetor Agyeman-Rawlings), on June 4 2021, that leaders of the country have managed to undermine the principles of ‘probity and accountability’, which led her father to stage the June 4 1979 coup d’état (see: Avoid mistakes that might lead to another uprising-Zanetor Rawlings; myjoyonline.com, 04/06/2021).

Speaking to Joy News’ Kwesi Parker-Wilson in commemoration of this year’s anniversary of the June 4 uprising, the daughter of the Late Statesman said, “I wonder if Ghanaians are being careful enough to avoid making mistakes that could result in a reoccurrence of the June Fourth Revolution. This is the most enduring republic we’ve had since independence and we must endeavour to protect it.”

The NDC Member of Parliament is reported to have quizzed somewhat enthusiastically: “But I’m asking myself, do we appreciate the fact that what led to the June Fourth Uprising was not just one man [Jerry John Rawlings] who got up and decided he was going to take over the reins of power. But there were circumstances that made those conditions favourable.”

Well, someone ought to remind Zanetor that the coup making founders of NDC manipulated Ghanaians back then; they paradoxically vowed to lustrate the country of the perceived rampant sleazes, corruption and social injustices.

But the all-important question we should be asking Zanetor is: what happened after allegedly purging the country of the perceived injustices through the so-called “house cleaning exercise”, where they dealt with perceived offenders arbitrarily?

The seasoned journalist, Malik Kweku Baako, could not have put it any better when he aptly described the coup making founders of the NDC as nothing but ‘shameless opportunists’ (emphasis mine).

Kweku Baako Jnr was absolutely right when he asserted somewhat poignantly that the socio-economic meltdown during the Supreme Military Council (SMC 1&2) regimes called for drastic measures to ‘clean’ the system, the excesses of the June 4 1979 coup d’état, regrettably, debased the otherwise necessary intervention.

Baako, however, did not mince words at all, when he ventured and stressed that he can never forgive the founder of NDC, Rawlings and his rabble rousers for stretching the whole concept of ‘house cleaning exercise’ and needlessly deposing the democratically elected government of the People’s National Party (PNP) led by Dr Hilla Limann of blessed memory on 31st December 1981.

It is important to note that Rawlings and his coup making geezers bamboozled onto the scene under the pretext of redeeming Ghanaians from the economic mismanagement and wanton corruption. And yet they couldn’t even get rid of the rampant sleazes and corruption in their P/NDC administrations, let alone the entire nation.

The founder of NDC, the late J. J. Rawlings, paradoxically, went about preaching probity and accountability, and yet failed to practice.

Wasn’t it quite ironic that someone who bamboozled onto the scene under the pretext of eliminating the widespread sleazes and corruption would allegedly turn to a fantastically corrupt former Nigerian president Abacha for a furtive cash gift?

Thus, some of us, as a matter of principle, cannot help but to relentlessly shrill, grouch, censure and highlight the risible and inherent proclivities of the devotees of the June 4 1979 and 31st December 1981 coup d’états.

In fact, I have stressed severally that some of us regrettably witnessed the squeamishly ugly events which took place over a period of three decades (1970-1990s) and therefore cannot be misinformed by the remorseless coup enthusiasts.

It is, however, with the deepest regret to venture to state that innocent citizens lost their inherent dignity and human rights in the days of the hopeless coup d’états.

It has, however, been documented that when the coup enthusiasts (the founders of NDC) burst onto the scene, they went berserk and tempestuously tortured and murdered people with more than two vehicles.

But as I write, the same coup enthusiasts are hypocritically in possession of not less than two vehicles per household. How deceitful?

Strangely, albeit veracious, the so-called revolutionaries who repugnantly collapsed innocent peoples businesses now own business outlets all over the place. How unfair?

Worst of all, billions of cedis (in 50 cedi denominations) were impertinently and capriciously seized from ordinary Ghanaians, albeit without a trace. How bizarre?

The human rights violations were so rampant to the extent that many citizens seized the slightest opportunity and left the country after the 1992 general elections.

Astonishingly, the successive NDC governments’ officials have been committing the same crimes (bribery and corruption) their party founders killed many innocent people for.

As I reiterated elsewhere, there is absolutely nothing wrong for any individual to tag himself/herself as a proponent of transparency, probity and accountability. But it is somewhat hypocritical and somewhat deceitful when a group of people who claim to be the exponents of such ethos would then turn around and dip their hands into the national purse as if there is no tomorrow.

After all, aren’t the NDC apparatchiks claiming to be the exponents of transparency, probity and accountability?

Are they wolves in sheep’s clothing?
Indeed, it is an illustrative case of false prophets, who are relentlessly nagging their followers that ‘it is written in the Holy Book that thou shall not steal’; while they turn around and dip their hands into the church offerings bowl as if the judgement day will never come.

Clearly, Zanetor, your much trumpeting ethos of probity, transparency and accountability is a charade. It is rather an illustrative case of preaching virtue and practising vice.

Given the circumstances, some of us will continue to squall, speak and write about the apparent double standards by the NDC apparatchiks, which the party faithful perceive as a benign or an inconsequential issue.

But I, for one, won’t abandon my duty as a bona fide Ghanaian, far from it. I will rather stick to my guns, be true to the faith, and, keep upholding and defending the good name of our beloved Ghana.

Well, let us remind Zanetor Rawlings that since Ghana’s independence in 1957, her father’s ‘brainchild’, the NDC tradition (PNDC and NDC) had governed the country for approximately 27 years out of Ghana’s 64 years and what did they do?