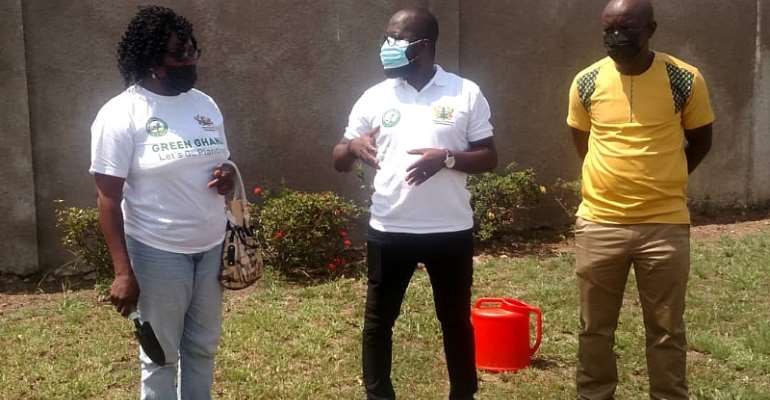 Management of the Appolonia City, a real estate agency in the Kpone-Katamanso Municipality says the Greening Ghana initiative fits into the company's greening development component of the project.

The Chief Executive Officer of the Appolonia City Light, Bright Owusu Amofah, revealed this at the official launch of the tree planting under the nationwide Greening Ghana Project at the Oxford City, Appolonia City premises.

According to Mr Amofah, Appolonia City management had incorporated greening into the development project from its conception and as a result dedicates 30 percent of the land size to a green zone, in recognition of the vital role vegetation plays in the protection of the environment and survival of mankind.

Mr Amofah hints that the agency has utilised just 20 percent of the acquisition size with the greening agenda being integral, affirming hopes of achieving the 30 percent greening at the utilisation of the entire land size.

The Appolonia City CEO added that they have so far received 500 seedlings from the Forestry Commission with the assurance to provide up to 5000 seedlings to support their vegetation cover protection agenda.

He stresses that the mutual benefit of getting their greening component protected and at the same time to help government in its re-afforestation mantra.

A Tema District Forest Range Manager in charge of the Ayikuma Nursery, Elizabeth Prah on her part disclosed that until the Greening Ghana campaign commenced, most Ghanaians were reluctant to come for seedlings free of charge and plant, leaving the baby trees going waste.

She lamented that they sometimes had to convey them to the forest reserves. She attributed the negative attitude to lack of education on the importance of trees to the environment and human life.

Miss Prah went on to disclose that her outfit has so far distributed 70 thousand seedlings out of the 200 thousand quota given to them for the year 2021. Though she raised concern over the excessive atmospheric heat as the rains tarried making it impossible to nurse more seedlings, she is however upbeat that they will meet the set target which is not without extra input.

The Kpone-Katamanso Municipal Engineer, Engineer Smart who represented the assembly explained that, the 30 percent greening zone the Appolonia City CEO spoke about excluded the green reservation embedded in the permit granted to the firm as by law.

Engineer Smart emphasised that all establishments are by law obliged to make provision for a green inclusion, believing that some level of damage might be caused to the vegetation cover in the process of such developments.