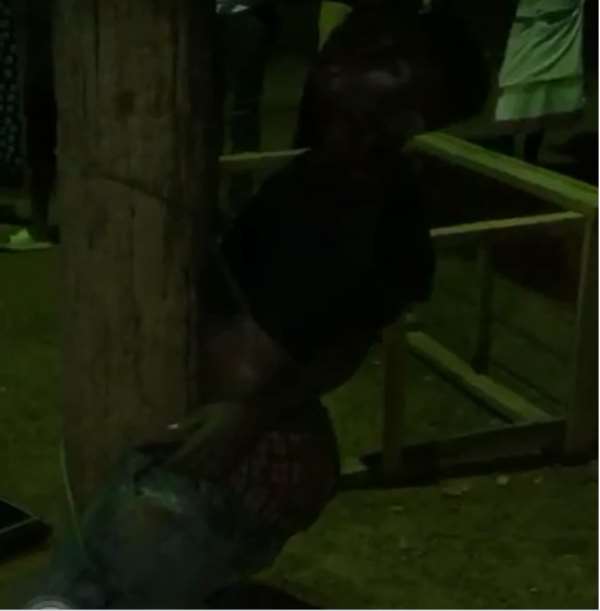 A 17-year old boy has been beaten to death by a mob after he was alleged to have stolen a Television set at Barekese in the Ashanti Region.

The incident which happened in the early hours of Thursday Morning left several residents at the Barekese Zongo in fear and shock.

The boy known as Shaibu was reported to have gone to someone’s room to steal her TV set.

After successfully taking the TV set, he went back to pick her decorder, so after she spotted him in her room she held him and screamed fiercely thereby attracting neighbours.

Following his arrest by the youth, he was tied to an electric pole where he was beaten to death.

The police say they’ve commenced an investigation into the incident.

Meanwhile, the body has since been deposited at the Offinso Hospital morgue.