[email protected]: We'll ensure the toils of Mills, Rawlings don't waste away, we shall restore core values of the party – Koku Anyidoho 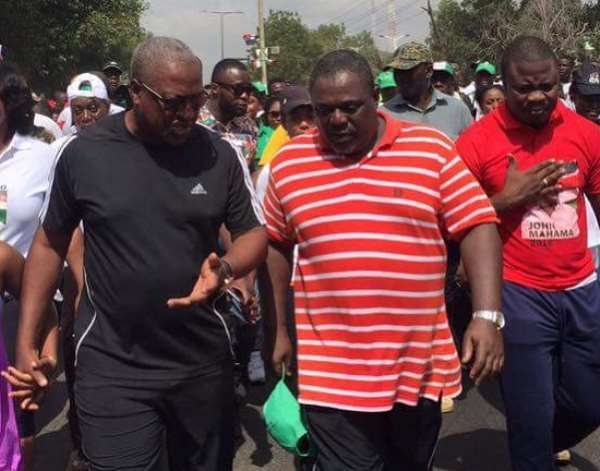 A former Deputy General Secretary of the National Democratic Congress (NDC) Mr Koku Anyidoho has said in relation to the 29th-anniversary celebration that the grassroots will ensure that the principles of the party are restored.

The NDC celebrated its anniversary on Thursday, June 10.

In a tweet, Mr Anyidoho said “Today, June 10, is the birthday of the NDC. All committed cadres who FOUNDED the NDC & all true loyalists, shall ensure the toils/gains of Presidents Rawlings & Atta-Mills, do not waste away.

“We SHALL restore the core values of the NDC & bring back pride & dignity to the Party.”

Meanwhile, the National Chairman of the NDC, Mr Samuel Ofosu Ampofo said Former President John Dramani Mahama is the only President produced by the National Democratic Congress who is alive and so the party is looking up to him for direction and inspiration.

He said this in an interview with Dzifa Bampoh on the First Take on 3FM Thursday June 10 after an event held by the NDC to mark its 29th anniversary celebration.

“Even though [Mr Mahama] was not with us physically spiritually he was hugely with us at this ceremony. He is the only surviving president that we (NDC) have now and we look up to him for inspiration and direction.”

For the first time in the history of the party, the main opposition party is celebrating its anniversary without its Founder the late former President Jerry John Rawlings.

Mr Ofosu Ampofo further told Dzifa that the spirit of Mr Rawlings will continue to lead the party.

“We have had a very sober and deep reflection over his demise because he has been the pillar, the tower of strength, an inspiration behind the party.

“Today, we observed a minute silence to honour him, we eulogized him, we remembered him for the leadership that he provided for the party and for establishing the NDC party which has come to stay and it has become a very dominant force in the politics of this country,” he said.

He added “So, as we celebrate this 29th anniversary for the first time without the Founder of the party, whiles we rejoice that the good Lord has brought us this far on the other side, we are very sad that for the first time we are celebrating this without our charismatic founder.

“We believe that President Rawlings spirit will continue to rally behind this party, it will continue to guide us in all that we are doing and we are praying that the good Lord will grant him a resting place and allow his legacy to blossom and grow from strength to strength.”

He further touted the achievements of the NDC in the development of Ghana.

He said the party has unmatched records in most sectors of the economy especially in the education sector.