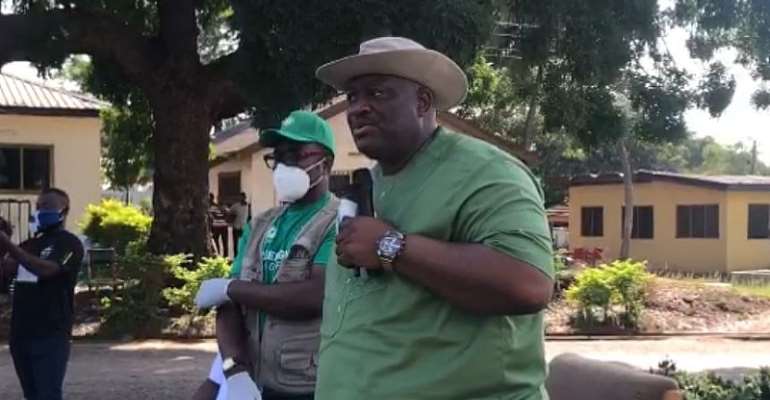 The Greater Accra Regional Minister, Henry Quartey, has charged Metropolitan, Municipal, and District Assemblies in the region to submit a report on the status of trees planted in their jurisdictions three months after the exercise.

Speaking to journalists during the tree planting exercise at the Ga West Municipality, the Regional Minister, Henry Quartey urged various assemblies in the region to ensure the sustainability of the exercise.

“I want to charge the MMDCEs across the region to ensure that not even one tr dies. As part of their responsibilities, I ant to declare her and no that they bring us reports after three months. We want to see and know the level at which these trees have grown up to.”

The government has begun an ambitious exercise to plant five million trees as part of efforts to preserve the environment.

The initiative is being championed by the Forestry Commission and the Ministry of Lands and Natural Resources.

Through media publications and public broadcasts, the public has been urged to fully partake in the initiative by getting free seeds supplied by the government through local Forestry Commission district offices or district assemblies for planting.

Meanwhile, Parliament has suspended sitting for today, Friday, June 11, 2021, due to the exercise.

The House took a decision that the sitting is suspended to enable Members of Parliament to go to their respective constituencies to participate in the tree planting exercise.

President Akufo-Addo will also be expected to plant a tree today, Friday, which has been declared as 'Green Ghana Day.'

The Minister for Lands and Natural Resources, Samuel Abu Jinapor, while launching the initiative earlier this week, said the exercise is an investment into the future.

“As part of the programme, we are seeking to work out a formula where the trees to be planted will be economic trees. We are talking about the Timber, Wawa, Nim, Rosewood, Shea trees. The rationale for this intervention is so that in planting the trees, we are also making an investment for the future,” he said.