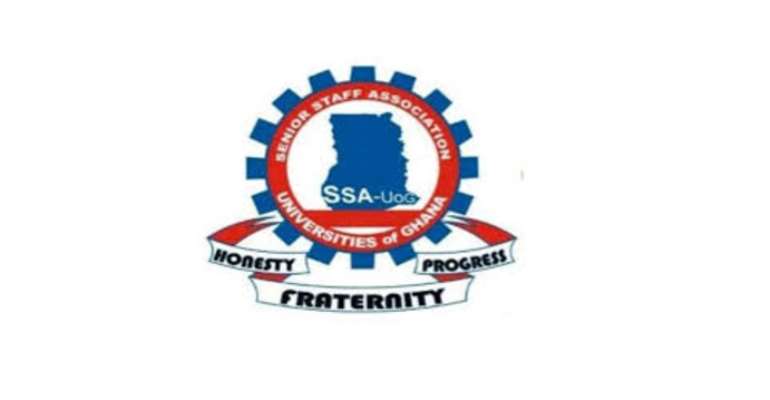 The National Executive Committee of the striking Senior Staff Association of Universities of Ghana has resolved to call off its strike action.

National Chairman of the association, Zakaria Mohammed, has therefore directed members to resume work on Monday June 14, 2021, without further delay.

This action follows a fruitful meeting the leadership of the association had with the National Labour Commission and the Fair Wages and Salaries Commission on Wednesday.

Mr. Zakaria Mohammed said they hope to bring finality to all their concerns by July 9, 2021.

“We had deliberations with the National Labour Commission and the Fair Wages and Salaries Commission. We have agreed to resolve all the outstanding issues from June 30, and it is expected to end latest by July 9, so there will be no outstanding concerns responsible for the strike we had embarked on. So we want to tell our members that in principle the strike is off today so work will resume on Monday.”

The association declared an indefinite strike on May 18, 2021 over the failure of government to pay their members Tier 2 pension contributions.

Members of the association are also asking for the award of market premium and non-basic allowance as well as the finalization of negotiations of their conditions of service.

This compelled the National Labour Commission and the Fair Wages and Salaries Commission (FWSC) to meet with them on Wednesday, June 9, to resolve their grievances.

While on strike, the association, in a statement, noted that management in some universities had resorted to “using vigorous intimidation and threat tactics against some of its striking members, with the sole aim to coerce and create fear and panic amongst its rank and file.”

The association warned that the approach, if not ceased, could “possibly destabilise the industrial harmony within the public universities in the country.”

“Ghana is a prime, ripe destination for doing business” – Ak...
24 minutes ago