To Those Against Religious And Moral Education 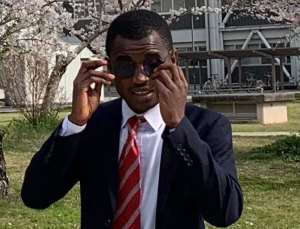 A country like Ghana with three major religions and different ethnic groups should be a surprise to have escaped the calamities of civil wars on the continent mostly fueled by ethnic and religious clashes. This surprise will not necessarily be due to only one factor. But, among these important factors, is the education system ran in the country which when narrowed will be a matter of the subjects taught. In Ghana, the teaching and learning of Religious and Moral Education (comprising of the study of the three main religions, moral and cultural studies) has in a very significant way ensure and sustain the precious national peace and unity.

But it is becoming rather unfortunate that the trumpet keeps blowing for the scrapping of the subject from the basic school curriculum with a particular reason that ` a developed country does not need Religious and Moral Education in its schools`.

They do this without analyzing what purpose each subject on the timetable seek to serve. They keep pushing the agenda of the need to focus more on science and technology. But in fact, the science and technology subjects have their `over` fair share of the basic school curriculum space. For the Ghanaian Basic Education Certificate Examination (BECE), students write Mathematics, Science, ICT, and Basic Design and Technology. Except for ICT, these subjects have more periods on the primary and junior high school timetable compared to the rest.

When it comes to training, motivation, provision of materials and recognition of teachers and students` performance, these subjects are given the revered preference over the others. Two of these subjects, form part of the four core subjects in the basic school making them the bullseye for stakeholders. It is very clear the science and technology subjects have all the needed attention they deserve.

Each of the subjects on the timetable has its role in building the country in all aspects. A country`s development is not all about science and technology. The culture, values of the people and national peace count a lot. According to the National Council for Curriculum and Assessment, one of the aims for studying the subject is to develop understanding and tolerance (among students) to promote and sustain national unity and peace- which are essential ingredients for the development of the country. The study of the subject introduces students at the very early stage to appreciate the various religious groups and ideas in the country.

Equipping them with salient knowledge about these religions and the tolerance that is required to live peacefully with others which will ensure the individual is well socialized and equipped to proactively contribute to sustaining the peace of the country. The study of Religious and Moral Education helps to uproot traits of prejudice against a religious group or an ethnic group among students in the basic school.

This notion dispels the proposition that it is enough for students to practice their religions outside the school: which is a wrong assertion. Studying Religious and Moral Education is not about practicing religion in the school, but it is about shaping the practice of these religions (in a sense checking extremist and prejudicial ideas the learner may bring from home) which makes students to appreciate and accept each other`s faith. It is no wonder that tolerance is one of the key characteristics of a typical Ghanaian.

The study of Religious and Moral Education cannot build a factory, bridge or bring about an invention directly but will prevent the possible destruction of these as a result of a religious or an ethnic clash. Every country is very much concerned with the behavior of its citizens and their moral values especially with regards to the conditions in the country that is why the Ghanaian Religious and Moral Education curriculum contributes to providing that standard.

These wrong perceptions about the subject are mostly due to the attitude towards education and the lack of the understanding of what the country and the people want with education. The basic school curriculum cannot be full of only science and technology subjects. Considerations must be given to the student`s moral life, values and the relationship the student builds with others in the society.

This misunderstanding and unawareness are the catalyst for bastardizing subjects like Music and Dance, Physical Education among others. Meanwhile, these subjects are cherished in the basic schools of the developed countries Ghana is often compared to. Example, the Japanese elementary school curriculum is not only about science and technology. Subjects like Arts and crafts, Physical Education, Music among others are on the timetable.