Ending HIV in children is way off target: where to focus action now 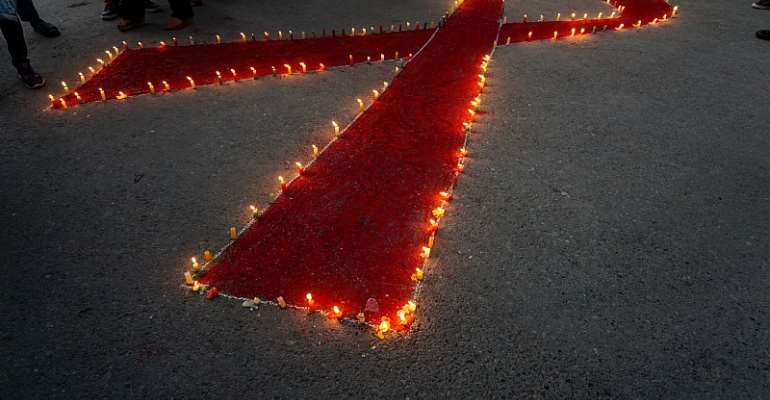 World leaders have recently, under the auspices of the United Nations, renewed their commitment to ending AIDS. The new phase offers much needed hope for the future, provided the commitments made are fulfilled.

The adopted political declaration and its recommendations offer strategies for ending mother-to-child transmission of HIV and paediatric AIDS. They also address inequalities faced by adolescents living with HIV. The commitments include an interim target of suppressing the viral loads of 75% of all children living with HIV by 2023. Greater emphasis on innovative tools and strategies to locate and diagnose children of all ages living with HIV are very welcome. These include early infant diagnosis at the point of care, family testing and self-testing to find older children and adolescents who are not on treatment.

Looking back, children have been one of the most neglected groups affected by HIV. The paediatric targets for 2020 were missed by a significant distance.

Not meeting these targets represents a global failure. To make matters worse, in 2020, the COVID-19 pandemic disrupted HIV services for children and pregnant women.

Failure to achieve these targets for children and adolescents in sub-Saharan Africa, home to 90% of the children living with HIV, means that new infections will continue to increase and HIV related mortality will be a reality for decades to come.

The June 2021 United Nations high level meeting was an opportunity to get the paediatric HIV response on track. The new political declaration is a result of extensive analysis of HIV data and consultation with member states, communities and partners from over 160 countries. In line with the 2021 political declaration, we emphasise that national governments should review their national strategies and commit resources to three key paediatric HIV issues. These are: prevention of mother-to-child transmission; HIV testing and treatment in children; and prevention and treatment of TB and HIV.

Programmes to prevent mother-to-child transmission of HIV have been scaled up. But this transmission is rising in several African countries. Of equal concern, antiretroviral therapy coverage for pregnant women living with HIV is considerably lower in western and central African countries such as Nigeria and Angola (below 50%) than in southern Africa. South Africa and Botswana have coverage of over 90% . In 2017, an alarming one in five children born to mothers living with HIV in sub-Saharan Africa became HIV positive during childbirth or breastfeeding.

We advocate for better planning for comprehensive HIV prevention during pregnancy and breastfeeding, access to pre-exposure prophylaxis (PrEP) and other new prevention technologies. As per World Health Organisation guidelines , pregnant women must be tested for HIV multiple times during pregnancy. And women who test positive for HIV should immediately be placed on antiretroviral therapy.

The efficacy of prevention of mother-to-child transmission practices needs to be reviewed and monitored closely in many African countries. Increasing access to viral load testing for pregnant and breastfeeding mothers living with HIV will also ensure the health of the mother and help to reduce vertical transmission.

In 2020, 74,000 children were newly infected with HIV in eastern and southern Africa. And 46,000 deaths among children younger than 15 in the region were due to AIDS. The treatment coverage rate for children in eastern and southern Africa is 57% compared with 78% for adults. It is critical to ensure that all newborn babies exposed to HIV are tested between four and six weeks of age. Those living with HIV must start HIV treatment, because without treatment 50% will die before they reach two years of age.

This step is just the first of many in a process to ensure the health of HIV-exposed children as they grow older. We advocate for more resources to achieve the following:

95% of HIV-exposed children tested by two months of age and again after cessation of breastfeeding;

95% of infants tested for HIV receive their test results no later than 15 days after blood sample collection;

95% of infants diagnosed with HIV infection initiate antiretroviral therapy no later than 15 days after receiving their test results;

85% of all children living with HIV on antiretroviral therapy must have suppressed viral load by 2023 and 95% by 2025;

scale up point-of-care early infant diagnostic testing, starting with areas that are hard to reach;

greater use of family-based index testing and use of HIV oral tests for children aged 2-11.

Tuberculosis (TB) is a major contributor to illness and death in children living with HIV, particularly in TB endemic settings. Children under 15 account for around 12% of the 10 million TB cases globally.

TB preventive therapy is a proven and effective intervention, particularly in young children. But only 27% of the 1.3 million eligible children under five received preventive therapy in 2018. For children (and adolescents) living with HIV, TB is the most common opportunistic infection. Those with severe immune suppression have a five-fold higher risk of TB compared to those with mild immune suppression.

National governments should therefore strengthen TB services for children with HIV so that 90% of them receive treatment for both conditions. TB and HIV health services need to be integrated. Family approaches to TB preventive treatment must be scaled up to include HIV-negative households. Access to short-course TB preventive therapy regimens must be expanded. Innovative approaches for TB diagnosis among children must be considered, including the use of non-sputum biomarker-based samples such as stools and urine.

Getting back on track

In view of the threat to paediatric HIV services posed by further waves of COVID-19, we highlight the need to eliminate vertical transmission and prioritise paediatric testing and treatment services to achieve the new commitments.

The commitment can be delivered through strong community-led responses in partnership with governments; maintaining and increasing domestic and donor funding for HIV and AIDS, particularly for low-income countries with limited fiscal ability and weak health systems; and ring-fencing resources for paediatric HIV and TB services.

Linda-Gail Bekker does not work for, consult, own shares in or receive funding from any company or organisation that would benefit from this article, and has disclosed no relevant affiliations beyond their academic appointment.

By Kaymarlin Govender, Research Director at The Health Economics and HIV and AIDS Research Division (HEARD), University of KwaZulu-Natal And

Linda-Gail Bekker, Professor of medicine and deputy director of the Desmond Tutu HIV Centre at the Institute of Infectious Disease and Molecular Medicine, University of Cape Town