Malawi is taking steps to improve care of preterm babies. But gaps remain 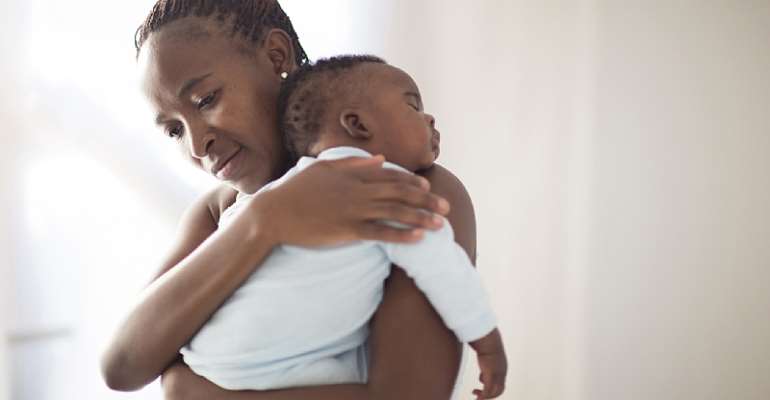 Mothers need to be introduced to the kangaroo mother care method through counsel and practice, a process that requires patience and ultimately, time. - Source: Getty Images

“Kangaroo mother care” is widely acknowledged as a helpful method in caring for small and preterm infants. It makes a vital contribution to their survival, well-being and development. Developed in 1978 by Colombian paediatrician Edgar Ray, kangaroo care involves continuous skin-to-skin contact on the mother's chest to keep the baby warm, increase breastfeeding frequency, and aid in recognising danger signs of illness.

Malawi has one of the highest rates of preterm births globally. Figures from 2015 indicated that over 1 in 10 Malawian babies were born prematurely. And its neonatal death rate was 27 per 1,000 births in 2016.

Malawi was one of the early adopters of kangaroo mother care, with a pilot intervention in 1999. By 2005 it had been integrated into national policy for routine care. Yet, even with this low-cost, low-technology solution, Malawi's neonatal mortality rates remained the same in 2016 as in 2004.

Between May and August 2019, my colleagues and I undertook a study to explore the perspectives and experiences of health workers who work in newborn health with kangaroo mother care in their facilities. One tertiary-level central hospital and three secondary-level district hospitals in southern Malawi were chosen as the research settings.

Our research revealed that kangaroo mother care is viewed positively and has potential for further routine uptake in striving to eradicate neonatal deaths. But while it is a low-cost intervention, it is far from a no-cost intervention. While it has no direct reliance on technology, resources are still crucial to its practice in hospitals in Malawi. It needs investments in technology, staffing and hospital support in the provision of essential items for preterm infant care.

Our study was carried out under a project that seeks to integrate neonatal healthcare in Malawi under the auspices of the Innovating for Maternal and Child Health in Africa initiative. Malawi was selected as a focus for newborn health improvements, including low-cost and locally appropriate innovations to improve care at low-resource health facilities.

Based on the limited number of health workers in neonatal units, 5 to 10 health workers per unit were interviewed in order to draw an effective analysis. Of the 27 health workers interviewed, the general perception of kangaroo mother care was positive for a number of reasons. This goes beyond the low-cost advantage of the method. A tertiary hospital nurse put it this way:

It's easy for the mother to know whether the baby is sick or not because she has her full attention on her child, and so the baby is protected.

We also found that only infants who were clinically stable were eligible for kangaroo mother care according to guidelines at the selected health institutions. Thus, critical care was first administered to preterm and low birthweight newborns who experienced complications such as birth asphyxia and respiratory distress, before starting kangaroo mother care. Maternal health, especially after caesarean delivery, was also a factor considered before kangaroo mother care initiation, in keeping with best practice .

But the novel method could also be a source of fear, especially for those practising for the first time and had no prior knowledge. Most caregivers reported minimal previous knowledge of the kangaroo care method. Many only learned about the practice when their low birthweight infants were admitted.

For this reason, some were scared of harming their newborns due to the small size, fragility, or new ways of holding the baby. Caregivers said skin-to-skin contact on the chest was different than the typical practice of carrying children on the back.

Even though health workers described kangaroo mother care as a good practice that helped save the lives of small, vulnerable babies, a few setbacks were revealed. Once preterm infants began care, the health workers prioritised them less in comparison to those in critical care. Kangaroo mother care wards were not monitored regularly and staff expected mothers to call for help if any complications rose.

Further investigation of kangaroo mother care wards uncovered that inadequate resources challenged both initiation and monitoring of the practice. Mothers need to be introduced to the method through counsel and practice, a process that requires patience, follow up and time.

But at the district hospitals, there were limited staff working nights, and even fewer nurses assigned to the critical care nursery. At the tertiary hospital, specific nurses had been assigned to the kangaroo mother care unit. But these were still understaffed at night and with few nurses in the critical care nursery. This affected the staff's ability to regularly monitor both units.

Some new mothers wanted to leave the hospital a few days after delivery, long before their babies had gained enough weight. This often came about from poor support from hospital staff.

Limited resources also extended to the lack of equipment, such as weighing scales, thermometers and glucometers to monitor vital signs and clinical indicators, as well as wraps to practise kangaroo mother care. This especially affected low-income families who could not afford to purchase and transport the supplies needed by the mother.

Some mothers were isolated from their families, which discouraged them from continuing with kangaroo mother care because they wanted to return home.

Though routine uptake of kangaroo mother care was policy for stable low birth-weight and preterm infants in the four hospitals, there were gaps in monitoring and maintenance of practice. While conceptualised as a low-cost intervention, sustainable implementation requires investments in technologies, staffing and hospital provisioning of basic supplies such as food, bedding, and wraps.

Strengthening hospital capacities to support kangaroo mother care is needed as part of a continuum of care for premature infants.

By Mai-Lei Woo Kinshella, Global Health Research Coordinator at the Department of Obstetrics and Gynaecology, University of British Columbia And

You're a disgrace to Asanteman — Efo Newton blasts KuYa, ASU...
37 minutes ago