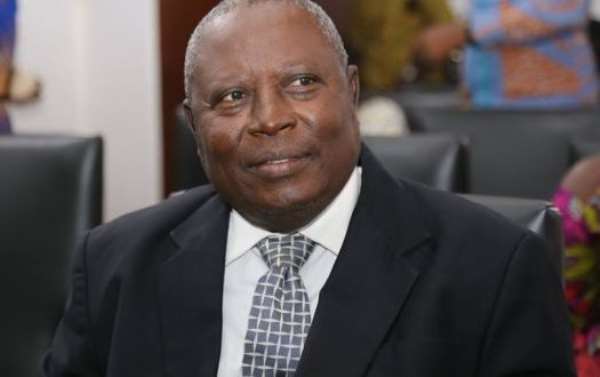 The Minority Leader of Parliament, Hon. Haruna Iddrisu, Hon. Alhassan Suhuyini and other members of the minority in parliament have complained of the unjustifiable and undue delay by the Government in constituting governing boards of certain statutory bodies and corporations affected by the Presidential (Transition) Act, 2012 (Act 845) which has seriously impacted on the discharge of the constitutional functions of these statutory bodies and corporations with serious effect on the governance and economic activities of the nation. The serious and justifiable concerns expressed by the Hon. Minority Leader on Friday, 27th May 2021 which was concurred in by the Hon. Majority Leader six months after the assumption of office of the President on 7th January 2021 might have been raised because it has impacted the governance of such critical statutory boards and corporations, and the economy as the Ghana Education Trust Fund (GETFund), National Health Insurance Fund (NHIF), the Road Fund Board, and the appointment of Chief Executive Officers for Metropolitan, Municipal and District Assemblies (MMDAs) mentioned in their submissions in parliament.

It will appear that the Hon. Minority Leader and his other colleagues might have overlooked the fact that the problem of the interference in the proper and timeous functioning of the governing boards of statutory boards and corporations is a calculated and deliberate ploy to enable the executive to facilitate the taking of critical decisions by persons designated by the President to head these institutions, in the more than six months interim period, that has passed since the assumption of office of the President.

THE CASE OF THE OFFICE OF THE SPECIAL PROSECUTOR

I am referring, particularly to the Office of the Special Prosecutor established under the Office of the Special Prosecutor Act, 2017 (Act 959) with its governing board made entirely of representatives of constituent bodies under Section 5 thereof. The Board of the Office of the Special Prosecutor has not been allowed to function since the “very urgent” letter of the Chief of Staff written on 12th January 2021 with reference number SCR/DAB9/314/01 with the subject matter of “Reconstitution of Statutory Boards and Corporations” notifying the Chairperson and all Statutory Boards and Corporations that members of statutory boards and corporations coming under subsection 1 of Act 845 ceased to hold those offices on 7th January 2021 when the President assumed his second term as President after the 2020 elections. This is despite the caveat contained in the Chief of Staff’s letter stating that: “For the avoidance of doubt, representatives of constituent bodies on the statutory boards and corporations are not affected by this directive.” This caveat was necessitated by the Supreme Court decision in Donkor v Attorney General, Supreme Court, 12 June 2019, (unreported) which decided, inter alia that:

“… section 14 of Act 845 does not affect representatives of constituent bodies and interest on the governing body who can only be removed by the body or interest that they represent, and in accordance with the tenure and removal provisions of the Act establishing the statutory body or corporation.”

The Vulnerability of the Office

Recruitments, Accounts and Audit Functions of the Board

A Deputy Special Prosecutor acting as Special Prosecutor is thus in a vulnerable situation of anticipating whether she or he will be nominated, approved by Parliament, and appointed by the President to the substantive position within the six months period mandated by the Act. The person’s independence of action may be affected by such anticipations and render the person susceptible to manipulation by the appointing authority or his representatives in the performance of the functions of the Special Prosecutor for which she or he “shall have authority and control over the investigation, initiation and conduct of proceedings under subsection 1 of section 3” of the Act 959 within the waiting period of within six months.

The Board of the Office also has critical statutory financial oversight functions which it has not and is unable to perform because it has ceased to function or be summoned even though it is made up of only representatives of constituent bodies. The functions of the Secretary to the Office became vacant at the end of October 2020 when the one- year contract of the interim Secretary expired. The Deputy Special Prosecutor took over from the interim Secretary as acting Secretary pending the appointment of a replacement. The Office is thus run by the acting Special Prosecutor also acting as the interim Secretary to the Board. Apart from Board meetings held in November and December 2020 no Board meeting to the best of my knowledge has been held since the Chief of Staff’s “very urgent” directives issued on 12th January 2021.

The acting Special Prosecutor who must have reverted to her position as Deputy Special Prosecutor by operation of law by 17th May 2021, continues to run to the Office of the Chief of Staff for her matching orders and instructions. Crucial decisions affecting an independent anti-corruption agency including recruitments, procurements and others are being taken singlehandedly by one person on instructions even after being passed over for nomination, and the nomination and referral to Parliament of a new Special Prosecutor for consideration and possible approval. The danger is that in the absence of a functioning Board whose three-year tenure soon ends in July 2021 decisions which are crucial to the independent operations of such an anti-corruption Office may be taken by persons who have no statutory mandate to do so. A new substantive Special Prosecutor with integrity who is eventually appointed may find himself saddled with decisions taken while he had been nominated pending approval and appointment. The independence of a new Special Prosecutor in the performance of his functions would thus have been undermined even before his assumption of office unless he was a collaborator in undermining the Office during the waiting period after his nomination for appointment.

My concerns about the ex-cathedral interference by the Office of the President in the operations of the Office of the Special Prosecutor are not mere conjectures. They are borne from my personal experience immediately after my appointment and events consequent upon my first meeting with the Chief of Staff in her office on 2nd March 2018 in which she mentioned her identification of a Secretary and an Accountant from the Ministry of Finance to work with me. The Chief of Staff, the Ministry of Finance, and the Attorney-General’s Office thus attempted to impose a Secretary and an Accountant on the Office and me. The names of two female officers from the Ministry of Finance and their curriculum vitae with a note from one of the Deputy Ministers for Finance to the Minister of Justice was delivered to me through the Minister of Justice. I refused the intrusion into the independence of the new Office. The Board (together with its attendant problems in the nomination by election of “a female representing the anti-corruption civil society organisations”) was then about four months away from being constituted. Interestingly the proposed Accountant was working in the Ministry of Finance as an Internal Auditor and was not a staff of the Controller and Accountant General’s Department.

Lethargy and corruption in the absence of governing boards

On 4th June 2021 Hon. Alhassan Suhuyini was quoted by Joy FM to have said on the composition of Boards that:

“The catalyst for government business is decisions that are taken at board levels. But nothing is happening. I mean you go to various institutions and agencies and people just come to work, warm the table, sleep and in some cases escape to do some private business because nothing is happening,”

Then the next day, 5th June 2021 the first Minority Deputy Chief Whip, Hon. Ahmed Ibrahim, was also reported on Joy FM to have said that delayed constitution of statutory bodies will breed corruption in public institutions. He is quoted as having said that:

“We are in the sixth month and the Akufo-Addo government is reluctantly and unwilling to form the boards of Cooperation, Agencies and Departments. These bring checks and balances so without them, it will fundamentally cause corruption.”

As true as these two statements are, the omission by the Minority in parliament to have realized that even governing boards made entirely of representatives of constituent bodies which have not functioned within the last six months such as that of the Office of the Special Prosecutor are deliberate acts on the part of this Government to undermine the fight against corruption. This vital omission makes the minority’s intention to hold the President to his oath of office to be transparent and to account for good governance under the Constitution incomplete. I have written about the agenda of this Government to undermine the rule of law, democracy, and constitutionalism through deliberate and persistent use of high-sounding political rhetoric signifying nothing.

Article 3 of the Constitution enjoins every Ghanaian to defend it against bad governance which I am doing in the foregoing article to sensitize fellow citizens. But the minority in parliament has a higher obligation to hold the Government to account by ensuring, inter alia, that all governing boards are operating under the Constitution and not only the Ghana Education Trust Fund (GETFund), National Health Insurance Fund (NHIF), the Road Fund Board, and the appointment of Chief Executive Officers for Metropolitan, Municipal and District Assemblies (MMDAs) simply because of the resources they disburse to the economy. The fight for democracy and against corruption in this Government must be wholistic and not selective. Let us collectively defend the Constitution by putting Ghana First!