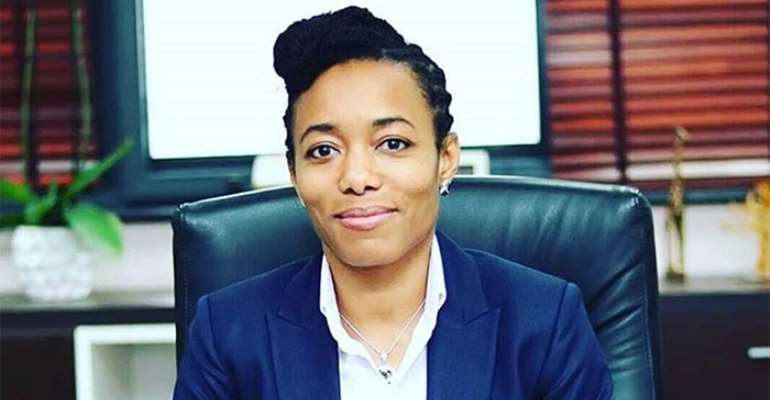 “Since I was left alone (after Cpl Braimah, and Sgt Akatapore died) I decided to quit the hunger strike so that I could live to fight Rawlings at the right time” - Matthew Adabuga

JUNE 4, 2021 came and passed but this time round, without J. J. the man who glamorized the day, of course, through Major Boakye-Gyan when Rawlings's own coup of May 15 had failed to click and Rawlings had been put in prison cells. The propaganda was rid: the country of corruption and make the government accountable.

We should have either dismissed it or designated the whole “celebration” as “June 4 Nonsense”. Except for our niece, Zenator, who is now as fatherless as the children of Kutu Acheampong, Afrifa, Utuka Kotei… the three Justices Fred Poku Sarkodie Cecilia Koranteng Addo, Kwadwo Adjei Agyapong murdered in cold blood.

We thought the unwarranted cacophony had ceased with the exit to heaven or hell of J. J., till his daughter, our niece, trod upon slippery-slope, lampooning the present regime:

Need we ask for a comparison with Kagame's Rwanda? Zanetor's father was only 33years when he, like Atlas, carried the whole of Ghana on his shoulders. He made the person who got him out of the cells his “spokesman”.

Rawlings himself spoke on the radio on June 4, 1979: “This is Flight Lieutenant Rawlings. The ranks have just got me out of my prison cells. In other words, the ranks have just taken over the country. Fellow officers, if we are to avoid bloodshed, I plead with you not to attempt to stand in their way because they are full of malice, hatred; hatred we have forced into them through all these years of suppression. They are ready to get it out – the venom we have created. So for heaven's sake do not stand in their way. They are not fools. If you have any reason to fear them, you may run. If you have no reason to feel guilty, do not move. We can't restrain them”

After handing over to Limann, Zenator's father and a new crop of hench-men kicked out Limann who was “fixing” the country. Does Zanator want to remind us about the atrocities of June 4? – caning the sexual parts of women traders for profiteering and hoarding (3 pieces of wax print; 6 empty beer bottles); killings out of envy; curfew (6am – 6pm); raising one's hands from home to Kejetia; people's careers cut short; people compelled to leave Ghana for Nigeria and other countries; closure of borders, so one had to enter Ghana through Leklebi, Nyive, Honuta avoiding the eagle eyes of the security at Aflao; queuing for uncooked kenkey to take home and cook for family meals.

All this while, Zanetor must have been pampered, and must have enjoyed good baths in her mother's Jacuzzi. She and her siblings were whisked to Ireland and other European countries to pursue further education: Yaa Asantewaa, Amina, Kimathi.

And there was this intellectual touch: The Revolutionaries Bible by the intellectual icon Kofi Awoonor, “The Ghanaian Revolution”, a paragraph of which reads: “It must be evident for all Ghanaians that for reasons that were not yet clear, Ewes in the armed forces have achieved the reputation of being notorious coup – makers and plotters against successive governments. This could be ascribed partially to the fact that the Ewes, the second largest ethnic group in the country, see themselves in opposition to all governments in Ghana which inevitably become Akan (Ashanti) dominated. As it were, the contest for power is reduced in simple terms to a fierce contest between the Akan (Ashanti) and Ewes. The large Ewe presence in the civil service, the military, and in institutions of learning, is seen as an effective check on Ashanti efforts at hegemony. Some of us did not see this in our job as public servants.

The noble erudite lost his life tragically in Kenya.

Zanetor may or may not listen to Boakye-Djan, the man who saved her father, and the real architect of the June 4 Revolution , and her father's best man at his wedding or read: “Rawlings: Murder and Lies” by ex-Corporal Matthew Adabuga who drove her father around in a Pinzgauer to commit the uncountable atrocities but was later thrown into prison. She may need to read: “Death and Pain, RAWLINGS' GHANA, The Inside Story” by Mike Adjei, who writes: “I would, therefore, like first to thank the Unseen Hand that directed me to the right places at the right time so that I could inform my compatriots and the world the atrocities that have been committed by Jerry Rawlings over the past decade. If by writing this book I am murdered like General Beausoliel in Togo, Dr. Hanson in an accident in Tanzania or like other refugees abroad, it would still be worth it because killing the messenger does not kill the message” She may read: “Working with Rawlings” by Professor Kwamina Ahwoi with whom “somewhere along the line, we drifted apart”. And Kwamina Ahwoi notes about Rawlings: the “Reluctant Constitutionalist” saying: “The unique thing about Rawlings's megalomania, however, was that he was able to cover it up. By behaving very humbly, by identifying himself with the ordinary person; by speaking the language of the street; by seeming to be unostentatious, Rawlings presented himself as somebody who was completely uninterested in power. My dealings with Rawlings, however, revealed to me that he was very much interested in power and that he was very reluctant to lose power. And “clean” Rawlings said he took “only 2 million dollars from Nigeria's Abacha, not 5 million dollars.”

Samuel Ofosu-Ampofo says “Let us go out there and take the party to the doorstep of the people…” Dr. Kumbour reminds party men to remain true to the ideals of the founder of the party. Elvis Afriyie Ankrah proclaims: “We will continue to celebrate June 4th in perpetuity because the principles of probity, integrity, accountability and social justice that (Rawlings) espoused are more relevant today than even on June 4, 1979.

But the question is: “Why should people create the impression as if the NPP government is leading this nation to what political scientists call a “failed state?” If all this nation's problems could be solved in 5years, Rawlings would have done it in the long period he had the nation at his disposal – when there was no probity, no accountability, no social justice – he should have “fixed” it long ago!

Do you take all Ghanaians for fools? Where is Account number 48? It was great and noble Kufuor who taught us to forgive, otherwise…

But can we stifle anybody in a country of free speech?