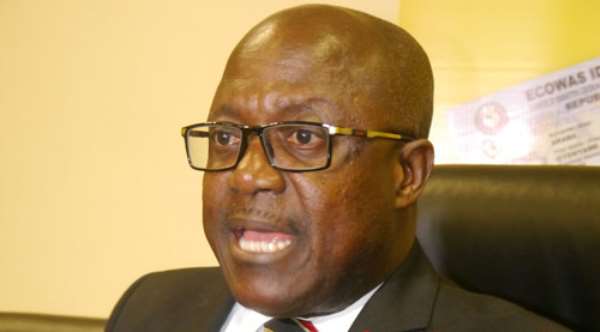 The Alliance for Footsoldiers Advocacy (AFFA) group is on the neck of the CEO of National Identification Authority (NIA), Professor Kenneth Agyemang Attafuah to apologize and retract comments made in relation to a decision to deny members of NPP of any appointment at his outfit.

According to the group, it has taken note of an interview of the NIA boss on Kumasi-based Angel FM where he asserts that president Nana Addo Dankwa Akufo-Addo has charged him to make sure that no party [NPP] executives are hired in the ongoing recruitment exercise by the NIA regardless of the qualification or competence of party people.

In a press release, the group says it is crestfallen by what it describes as disparaging remarks.

“This brazen impertinence and injudicious exercise of discretion by Prof. Attafuah is a recipe for party disintegration. An erroneous impression is created by the good old professor as though party [NPP] people are illiterates who cannot put pen to paper or man a computer.

“For Christ’s sake, NPP foot soldiers are knowledgeable individuals with the requisite academic credentials and technical knowhow in their field of study, who, when given the opportunity, can perform to satisfaction,” parts of a press release from AFFA has said.

While stressing that AFFA believes and supports the vision of the Akufo-Addo-led NPP government to build robust institutions, the group says it shall not hesitate to call out appointees whose actions and inactions have the tendency to sign the exit warrant of the NPP in the 2024 general election.

The AFFA statement concludes, “Consequently, we demand an immediate retraction and an unqualified apology from Prof. Agyemang Attafuah. We also call on the party leadership to take interest in this matter and guard against a future recurrence.”

Below is the full press statement from AFFA: