Biden heads to Europe for first foreign visit as president 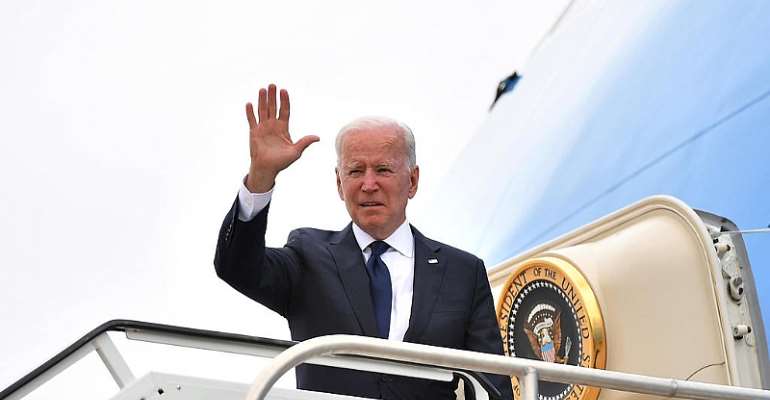 Joe Biden is making Europe the first foreign destination of his presidency, attending a series of summits with the G7, European Union and Nato, to try to reassure European partners of his support, before meeting in Geneva with Russian President Vladimir Putin.

"This trip is about realising America's renewed commitment to our allies and partners, and demonstrating the capacity of democracies to both meet the challenges and deter the threats of this new age,” Biden wrote in The Washington Post ahead of his trip.

Biden is casting his first trip to Europe as president as a return to badly-needed US leadership, reassuring Europeans that the US can be counted on as a partner to face Russian aggression on its physical borders and online.

“We are standing united to address Russia's challenges to European security, starting with its aggression in Ukraine, and there will be no doubt about the resolve of the United States to defend our democratic values, which we cannot separate from our interests," he wrote.

The eight-day trip will start Wednesday in the UK, where Biden will visit American troops stationed there and then meet Prime Minister Boris Johnson, ahead of a G7 summit in Carbis Bay, a seaside resort, on Friday and Saturday.

Then Biden will go to Brussels to attend a summit of the Nato military alliance, and a meeting with the heads of the members of the European Union.

The meetings are a build-up to his face-to-face meeting with Putin in Geneva on Wednesday.

Biden will have to work to convince European partners that he is to be depended on.

Last month, the US butted up against French attempts at the United Nations to demand a ceasefire between Israel and Hamas in Gaza.

And the US increasing its donations of Covid vaccines around the world follows what many in Europe considered a long period of hoarding them for Americans.

The European Union is hoping its summit with the US will bring an end to trade disputes.

"As a trust and confidence building measures, we have to de-escalate and solve EU-US trade disputes," EU trade chief Valdis Dombrovskis told the European Parliament on Wednesday.

Both the US and the EU have suspended tariffs in their long-running dispute over subsidies for planemakers Airbus and Boeing, but the US has continued import tariffs on EU steel and aluminium put in place by Trump.

The EU has suspended further retaliatory action, which Dombrovskis says is a “clear signal to the US of our willingness to solve this issue in a fair and balanced way”. He said it is “now for the US to walk the talk."