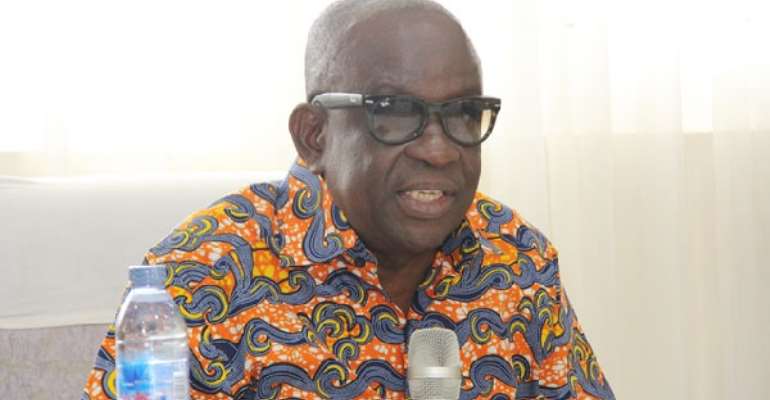 For the first time in the history of Ghana she has been bestowed with a national security template, a textual resource for undertaking this critical state assignment.

For a state security department many love to hate and coming at a time when some parts of the West African sub-region especially our next-door neighbor Burkina Faso, are restive, such a blueprint could not have been thought of and launched at a better time.

The instability in Burkina Faso, Mali, Niger and Nigeria demand that we do not stand down our guard and risk incursions by unwanted elements; what better way to look sharp as a nation than having an enhanced national security management system whose personnel can tell without sweat the difference between a Burkinabe and a Ghanaian indigenous to our towns bordering the Francophone country.

A few days ago some 130 persons lost their lives after a militant attack thought to have been undertaken by an ISIS inspired grouping in Burkina Faso our northern neighbor.

The establishment of Forward Operating Bases by the Ghana Armed Forces and the recent military exercises in the north could be footnotes in the National Security Strategy document.

With porous borders coupled with cultural similarities including languages between Ghanaians and their Francophone neighbours our national security duties could not be less arduous.

Some of the national security challenges encountered during elections as Togolese, Burkinabes and Ivorians claiming to be Ghanaians and therefore, seeking to vote in our polls elucidate the foregone clearer.

The possession of such a document will not yield the desired dividend of offering protection to the country unless those in charge of the department exude selflessness and remain on top of their assignments.

The terms of reference of the National Security Ministry vary by the day the constantly changing developments on the international and local spaces making these even more challenging.

With such a strategy document now handy it is time of course to overhaul the image of National Security in the local context. It should cease being a state department where lackeys are offered employment to do what they lack knowledge about.

National security management is a serious state assignment whose lackadaisical direction can visit dire consequences on the fortunes of the country.

Over the past years communication-gadget wielding operatives who prefer showing off their identities more than doing what they are paid to do have earned for the department an unimpressive image.

The recent outcome of a probe occasioned by the unprofessional action against some equally erring journalists by some national security operatives among other blemishes have defined the need for a re-think about the operations of this critical department.

We might not be privy to the contents of this textual resource of national security management but do hope that it will contain guidelines about decent and civil conduct of the part of operatives and their mode of engagement. The absence of this entry in the compendium will certainly make it less appealing.