A Certain Captain Smart And His Journalistic Peccadillos 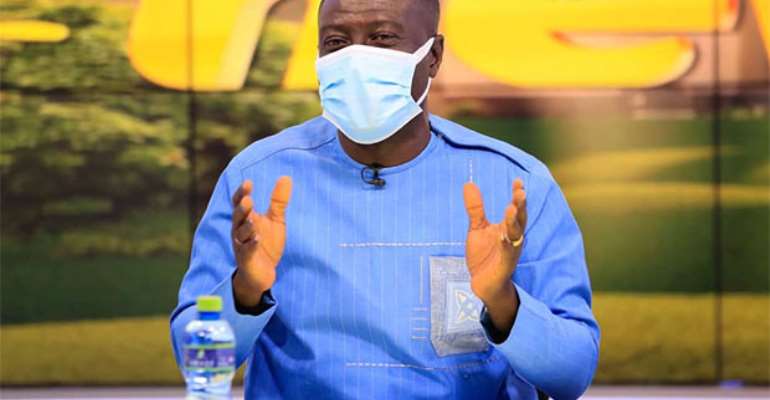 When I see any evil camped anywhere, I call it by its name but when I see a foolish person, I do not call him by his name. I refer such a person to go and look into the mirror and see how the face of a foolish man looks like. If you go and look into the mirror and you see my face, then consider me to be the foolish man. But if you see yourself then 'oyiwa!' I am not prone to panegyrics and neither do I suffer fools so gladly.

When the notorious Montie Three started going haywire, I predicted their downfall and it came to pass. After all, have I not told you that I am Angel Gabriel who predicted the birth of the Lord Jesus Christ? Don't try to screw with me! Ask Zachariah. When he tried to screw with me he was made dumb until the birth of John. In the run-up to the 2016 elections, these Montie Three upstarts started messing around, they treated then Candidate Akufo-Addo with ordinary contempt and took him to the cleaners on a daily basis. Their leader, Salifu Maase, alias Mugabe, from Mossi Zongo in Kumasi boasted that he was” untouchable, unbreakable, unstoppable' and that as long as Mr. Mahama, who was the President of Ghana lives , 'no son of a bitch could do him any foko!” He and his gang ended up at the Nsawam Maximum Prison. They now walk around with 'ex-convict' tag on their chests. Who say man no dey?

It is an undeniable fact that these three opportunists contributed immensely to the shameful defeat of Mr. Mahama in the 2016 Presidential Election. In the beginning the NDC supporters fell head over heels in love with the Montie Three because they were doing the dirty job for them but before they could finish a bowl of made in Ghana rice, Ghanaians moved in sympathy with Nana Akufo-Addo. People were asking: “What has Nana Addo done to these 'wee' smokers to deserve such unbridled insults everyday? That was where Nana Akufo-Addo got his sympathy votes even from some NDC supporters.

Journalism is not about shouting, insulting, casting unnecessary insinuations, tarnishing the images of people, boasting and kicking like a wild bull. If you want to be a smart journalist, you have to be clever as well. As a journalist and a seasoned one for that matter, I will forever be grateful to Nana Addo for repealing the Criminal Libel Law which paved the way for free speech in this country. Even though journalists themselves whom he worked for at one point turned their guns against him, and fired from all cylinders, he never complained because he knows free speech comes with such hazards and waywardness.

I used to admire this guy called Captain Smart when he used to digest and scrutinize the Auditor General's Report on Radio and TV. He did that job with decorum and he was good at it because he took his time to study the report, something some of us failed to do or refused to take notice. Then people started praising him from all the political divide. Those praises went into his swollen head and he started fooling around. Anytime he comes on air, he will cast vitriolic invectives at almost everybody as he delivers his exposes. Soon he became a bully and a vexation to the spirit of his listeners. Today, the Captain Smart I used to admire has become an enigma and a nuisance value.

This current generation of journalists dig their own graves and fall into them even before the sunsets. And a lot of them act like monkeys that were used to sell herbal medicine in the olden days at Kejetia in Kumasi. These monkeys dance uncontrollably as children clap and sing. Here in Ghana if you follow praises and think you are the best, you will end up being the worst. This Captain Smart guy talks as if he is the first guy in the inky fraternity to blaze the trail. He refuses to accept the fact that even though the Criminal Libel Law has been repealed from our status books, the law courts have no room for unsubstantiated allegation and tomfoolery.

Reputations and honour are not sold at the shopping malls, they are earned so if you are a journalist and you decide to take the hard won reputation of people for granted, you do so at your own peril. Just look at the way this guy treated Professor Frimpong Boateng, a world acclaimed Cardiologist and the former chairman of the inter-ministerial Task Force on galamsey. Accusing such a fine gentleman for involving in galamsey without any prove is absurd if not madness. I learnt there is a case in court between him and the good old professor so I will hold my gun for now.

Captain Smart should thank God for small mercies. He is operating on fertile grounds which gives him a leeway to mess around. In fact, he is wearing an elastic belt by the grace of the repeal of the Criminal Libel Law which also gives room for expansion. So for now, the world seems to be on his shoulders. Some of us did not have it so easy. In those wish-to-be-forgotten days of Culture of Silence, we always wrote and spoke whiles looking back. Ask Kweku Baako Jr. We treaded on thorns and sat on tenterhooks when the going was tough. We criticized the then ruthless military government constructively, devoid of insults and unnecessary verbal showmanship like the way Captain Smart is doing his things.

Nobody is saying Captain Smart should stop what he is doing. All what we are saying is that he should do it with decorum because there are people who are more intelligent than him in this country who listen to him and can easily sift the wheat from the chaff. I want to believe he is married with children and he will not like his children to grow with insults and intemperate languages as their weapons to correct wrong doings in the society. This is my story. This is my song. Gurkhas are considered the “Rolls Royce” of cigars and count celebrities like former President of the US, Bill Clinton, as one of the connoisseurs. A friend who is a medical student brought a pack for me from Cuba and so keep your distance whiles I puff away!!!

Tunisians in largest rally against president's 'coup'
7 minutes ago