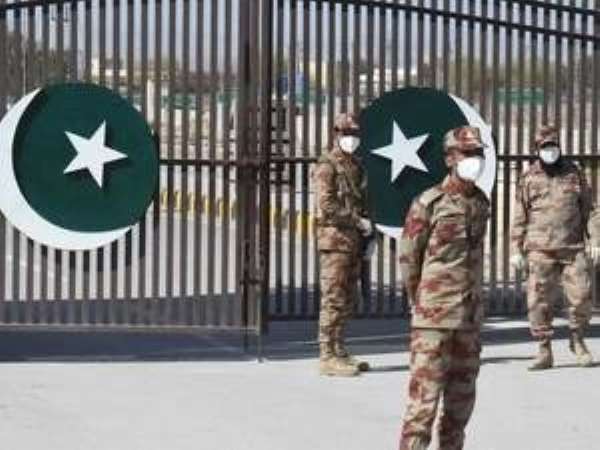 Pakistan's leading economists have expressed their doubts over the provisional estimate of 3.94 per cent GDP growth rate in the country and said it negates Imran Khan-led government's own estimate of 2.9 pc GDP growth approved by the federal cabinet last month.

In April, the federal cabinet approved the medium-term budget strategy paper and shared it with the International Monetary Fund (IMF). In this paper, the government estimated 2.9 pc GDP growth for ongoing fiscal year.

"But now, all of sudden within a couple of weeks, how it has jumped to 3.94 pc," wonders former Finance Minister Dr Hafeez Pasha.

"The State Bank of Pakistan's estimate ranged between 2.8 pc and 3 pc while the estimates of the IMF and the World Bank stood at about 2 pc and 1.5 pc, respectively," he said.

Prime Minister Imran Khan in a tweet on May 21 termed 3.94 pc GDP growth as estimated by the NAC a success of his government's economic policies while it had managed to control COVID-19 pandemic. "Our V-shaped recovery is balanced between 3 major sectors: agriculture, industry & services," read PM Khan's tweet, reported Dawn.

It further continues to report that Dawn, Dr Sajid Amin Javaid, research fellow and the chief of the Sustainable Development Policy Institute's Policy Solution Lab, said even if low base effect was taken into account, the GDP growth estimate of 3.94 pc had taken experts by surprise.

"It is almost double than highest forecast of 2 pc of the IMF, revised from initial forecast of 1.5 pc. While there were some discussions on slightly higher growth rate than the IMF forecast, mainly because of good agriculture production with some bumper crops, the expectations were anywhere between 2 pc and 2.5pc at the maximum. I think not much has changed in manufacturing and other sectors since the IMF revised its estimates. On the other hand, we have had third wave the pandemic forcing limited economic activity once again," he explained.

While discussing how realistic is this number, he said an objective assessment depended on access to information as to how this number was reached and what data was used. "And how is this data different from the data given to or collected by the IMF? What has so markedly changed since April 2021 that the IMF has missed to foresee? How the assumptions and projections for last quarter data vary between IMF and National Account Committee estimates? What are the proxy variables used for missing data? Definitely there are some surprises in sectoral estimates as well."

Overall, he said, the figure seemed to be overestimated when compared with current trends in the economy and available information. "I think the number will be revised substantially downward later on. To me, the revised growth rate is most likely to be somewhere between 2 pc and 2.5 pc," he claimed.

"The GDP growth was revised downward to 1.9 pc from the earlier 3.3 pc in fiscal year 2019. Every government has the tendency to come up with highest possible growth rate initially to show its performance. People generally ignore the revised estimate. I think the same practice is in play here," he said.

Economist Pervaiz Tahir also termed 3.94pc growth rate unrealistic and said independent operation of the Pakistan Bureau of Statistics (PBS) was the only way forward to get a transparent projection of the growth.

He said if growth in various sectors, agriculture, industrial etc, was admitted, there should have been about 3 pc growth rate. "But it jumped to around 4pc and I think one per cent has been added forcibly," he said.