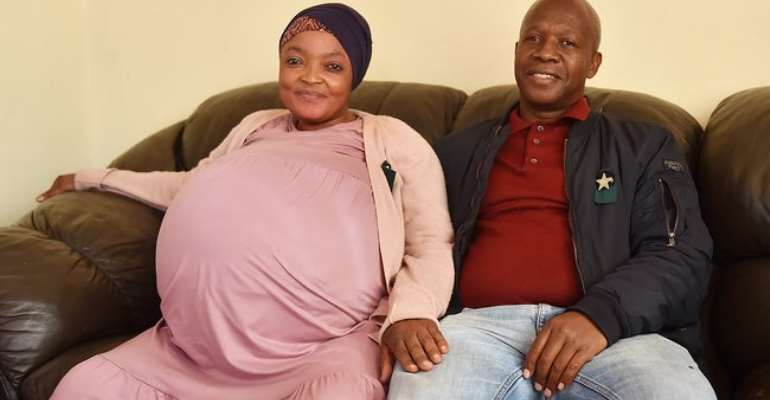 Gosiame Thamara Sithole, 37, gave birth to seven girls and three boys via caesarean section. Mother and children are all reportedly in good health.

"It was difficult for a while, but now I am very happy," the woman is quoted by local media. "Thank God all my children were born healthy. It's a miracle."

Doctors had previously told Sithole and her husband that she was carrying octuplets. Two babies went undetected with a scan.

It is not the first time that the South African has had several children at the same time, because she is also the mother of six-year-old twins.

At the beginning of May, Malian Halima Cissé gave birth to nine babies in Morocco. Often a pregnancy of so many children at once is accompanied by medical complications, which means that some babies do not survive the full gestation period.