Employ Permanent Orderlies/Cleaners for Public Hospitals: An Open Letter to the Health Minister 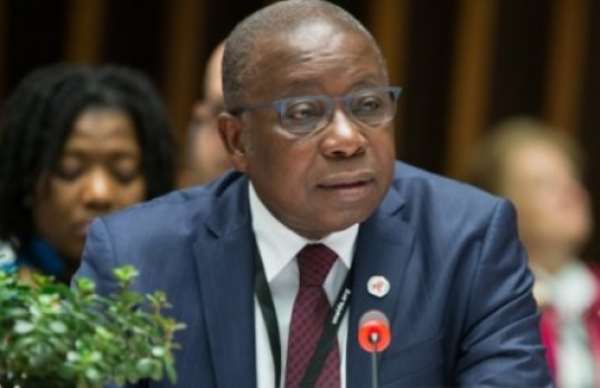 Honourable Minister of Health, my greetings to you and thank you for the good work you are doing. It is never easy to be Ghana's Health Minister because the health sector is large and complex but you are doing well.

Accordingly, I am not writing to castigate you but to draw your attention to a very important issue. It has to do with the non-employment of permanent Orderlies or Cleaners and artisans for the public hospitals.

Honourable Minister, for so many years now (from Kufuor to Nana Addo Administrations), the Ministry of Health has not been employing Orderlies and artisans such as electricians, drivers, plumbers, carpenters etc. for the public hospitals. The MOH only focuses on the yearly employment of doctors, nurses and allied health professionals to the neglect of others. Consulting rooms, wards, laboratories, X-Ray Units, dressing rooms, operating theatres and other places where doctors and nurses, allied health professionals sit to work are cleaned by Orderlies.

Relevance of Cleaners in the Public Hospitals

It is inferable from the foregoing that the public hospitals or health facilities cannot work with doctors, nurses and allied health professionals alone. This is an undisputable fact, Honourable Minister. The public hospitals are cleaned everyday by the Orderlies. They clean all manner of things such as dirt, blood stains, vomitus and stool on floors and surfaces. Cleaning in the hospital is very difficult and can be infectious to the cleaner if not careful yet the MOH has for many years neglected the plights of few Hospital Orderlies and artisans working as temporary staff. Their workload is heavy. They are apparently voiceless so they have endured the pain for decades. I want to vicariously voice their plights to you.

Honourable, in the past, such cadres of workers in the health sector were permanently employed regularly. However, for so many years now, there has been embargo on their permanent employment in the sector. Currently, it is apparent that about 80% of the Orderlies and artisans working in the public hospitals are temporarily employed by the public hospital managers. Most of the permanently employed ones retired, some resigned while others died, thereby creating vacuum yet the MOH seemingly does not seek financial clearance to employ permanent replacements.

The situation compels the Managers of the Public Hospitals to employ and pay these temporary workers from hospital Internally Generated Funds (IGF) and it has been very difficult for the hospitals to pay these workers as part of their overhead expenditure. I want to reiterate that no public hospital can deliver quality health services without these ancillary staff, especially the Orderlies.

Some hospitals do not even pay the tier 2 contributions due the Orderlies. As such, the Orderlies have not only become “cheap labour” in public hospitals but also "endangered species" There are people who have worked as Hospital Orderlies and artisans in some public hospitals for over 20 years without permanent appointments. They retire and go home empty handed. They have families to feed, health problems to deal with, school fees to pay and many other demands yet this is how they are treated.

However, for some years now, the Ghana Health Service has directed its health facility managers not to employ temporary staff including the Orderlies, albeit the caveat that prior approval should be sought when the hospitals are in dire need of such staff. That directive has been in force for about 5 years now and it was recently re-echoed.

Honourable Minister, if the MOH will not employ permanent Orderlies for the public hospitals and the GHS also lays embargo on temporary employment of Orderlies, then must the hospitals close down? As submitted earlier, the Doctors, Nurses, Pharmacists, Health Service Administrators, Biomedical Scientists etc. practise their professions and the Orderlies do cleaning. The Orderlies clean even very bloody and infectious areas in hospitals such as emergency room, infectious wards/units, theatre, labour ward etc. yet even the permanent Orderlies are paid meagre salaries and like the many other health workers, the Orderlies do not have any free treatment whenever they are sick.

Honourable Minister, it is unfortunate that teamwork is preached in the health sector only when it comes to the herculean tasks but when it comes to benefits, the sector thinks only about doctors, nurses and few others and to hell with the rest. No wonder Hon. Alban Sumana Kingsford Bagbin - Health Minister (as he then was) once described the MOH as "Ministry of Hell"

Hon Minister, the Kufuor, Mills, Mahama and even the current Nana Addo Administrations have ever asked public hospitals to compile and submit the lists of their temporary workers to be employed yet nothing happened afterwards. To my mind, this is because during such compilations, the list gets bloated at almost every echelon of the health system. Some managers will add to the list, the names of their favourites who are not temporary workers in any public hospitals. Officials at the MOH may not be exonerated in this regard, methinks.

Hon. Health Minister, I think that this problem can only be resolved if each public hospital/health facility is asked to submit photocopies of its temporary staff salary Payment Vouchers to the MOH and not a mere list of their temporary workers. Mindful of the stark reality that the public hospital managers find it difficult to pay the temporary workers monthly, I doubt if they can add their favourites to salary Payment Vouchers before submitting to the MOH.

It is however true that some of the temporary Orderlies and artisans in the public hospitals cannot no longer be absorbed permanently because of age limits and some may be near retirement yet they have worked for years and may go home empty handed.

I suggest that your Ministry should examine the temporary Orderly situation of the public hospitals again and seek for financial clearance to absorb those that can be employed permanently. No hospital can function without cleaners. You can verify this from other sources, sir. But if the MOH will not seek financial clearance to employ permanent Orderlies and artisans for the public hospitals, then the GHS ban on the engagement of temporary staff should re-examined.

'We can't complete all E-blocks at once; we came with our ow...
2 hours ago