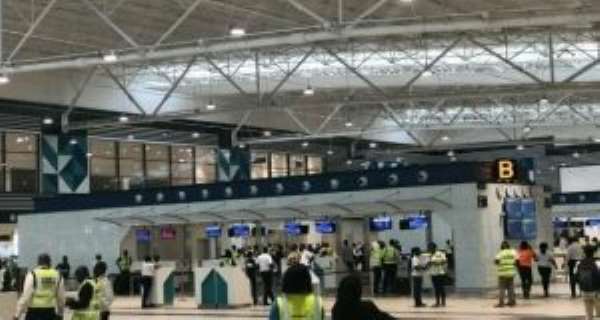 In this week’s edition, highlights of events relevant to Ghana’s aviation space are highlighted as follows:

Dubai-based Emirates Airline resumed its daily flights connecting Accra and Abidjan and Dubai. This decision by the airline follows an increase in demands as the aviation industry tries to recover from the effects of the COVID-19 pandemic.

With onward connections to over 8 destinations in West and Central Africa, Air Cote D’Ivoire as of June 1, 2021, begun connecting Abidjan and Accra with daily flights. With the daily flights to Accra influenced by the increase in demands, passengers can connect to destinations like Conakry, Niamey, Bamako, Dakar, among others.

Aviation Ghana has indicated that its source within British Airways has stated that the airline will proceed with its decision to reroute all Accra flights from/to the UK from Heathrow to Gatwick. The move will be expected to materialize in October 31, 2021, if the Government of Ghana is unable to convince the airline to back down.

Vice President of Ghana has called on the Africa Continental Free Trade Area Secretariat to work quickly in ensuring that the liberalization of Africa’s airspace takes effect quickly. So far, about 38 African countries have signed unto the Single African Air Transport Market which paves way for liberalized skies among members to enhance easy connectivity of goods and humans.

At the first General Meeting of the Bono Regional House of Chiefs, 2021, the Regional Minister indicated that the Sunyani Airport operationalization is been threatened by the activities of encroachers. According to her, buildings have sprung up closer to the airport, which raises safety concerns. She has therefore called on the local authorities to provide their support in demolishing the structures.

Runway at Kotoka Airport to be Resurfaced

At an initial projected cost of US$40million, the Kotoka International Airport will have its runway being resurfaced in October this year. The resurfacing which was last done 30 years ago, will help enhance safety in the airport’s operations when completed.

Africa World Airlines (AWA) has released its operational performance results for May 2021. The airline booked over 47,000 passengers on 1,145 flights. Only 17 flights were delayed beyond 2 hours and no passenger was denied boarding as well.