Is Ghanaian Democracy Now Being Undermined By Judicial-High-Handedness? 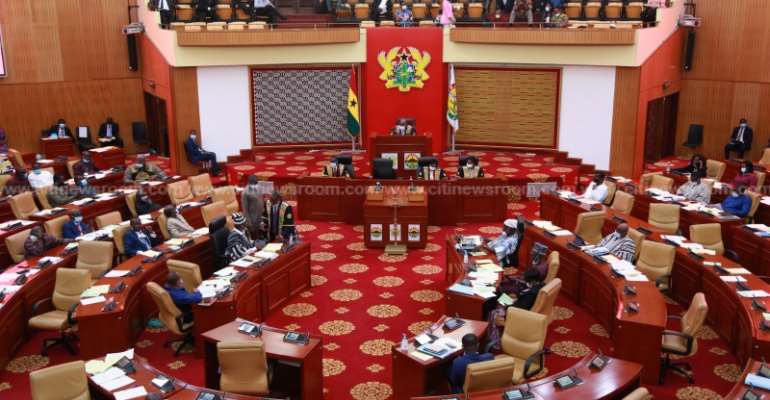 "Would-be authoritarians at times seek to capture courts and deploy them in abusive ways as part of a broader project of democratic erosion because courts often enjoy legitimacy advantages that make their antidemocratic moves harder to detect and respond to both domestically and internationally." - David Landau and Rosalind Dixon (Abusive Judicial Review: Courts Against Democracy)

Is Ghanaian democracy being undermined by judicial-high-handedness? Were that so, it would be ironical - for the Martyrs to the rule of law monument, stands at the entrance to Ghana's Supreme Court building.

As it happens, that monument is dedicated to the memory of three High Court judges (Justices Kwadwo Adjetey Agyepong, Poku Sarkodie and Mrs. Cecelia Korangteng-Addo), callously murdered, in 1982, during the brutal military dictatorship of the Provisional National Defence Council (PNDC).

Subsequent Investigations into their murder, revealed that they were taken from their homes at night, and taken to the Bundase Military Training Camp, where they were murdered - and set alight, to burn, on the 30th of June, 1982. As a result of a downpour of rain that day, their bodies weren't burnt beyond recognition, aiding their identification when the gruesome crime was discovered.

It is important to point out that there were other heroes, such the media's P. V. Ansah andTommy Thompson, who also lost their lives, in the fight to restore Ghanaian democracy and establish a new system, anchored on the rule of law - a development that was made possible, when the 1992 Constitution was promulgated, and presidential and parliamentary elections held to usher in civilian rule, and mark the end of the military-dominated dictatorship of the PNDC.

It is therefore ironic, that today, somehow the impression is fast-gaining ground (perhaps unfairly, since for all we know, perhaps in reality, they might be saintly individuals, who mean well for our homeland Ghana, in their own unique-ways), that a gentleman whose critics insist is the most partisan Attorney General, ever, in Ghana's history, thus far, Hon. Godfrey Dame, is allegedly working in tandem with the current Chief Justice, using fear (of being charged with contempt), to cow regime-critics, who resent the idea that judges in a democracy are beyond criticism, and that critiquing them openly, undermines our democratic system.

With the greatest respect, judges are public servants, who, like other public servants (compensated amply with taxpayers' cash, let us not forget), are accountable to the citizenry - and thus can be freely criticised when the need to do so arises, in the supreme national interest: because no one in our democratic system of governance, including even the President of the Republic of Ghana, is above criticism. Full stop.

To say otherwise, is self-serving nonsense - by stealth-hardline-plutocrats masquerading as democrats, seeking to use fear, to prolong and perpetuate, the domination of Ghana, by the greedy and clever big-thieves-in-high-places, amongst our mostly self-serving ruling-élites. With respect, it is thus not unfair for any patriotic Ghanaian, to say, today, that Ghanaian democracy is now being undermined by judicial-high-handedness. Cool.