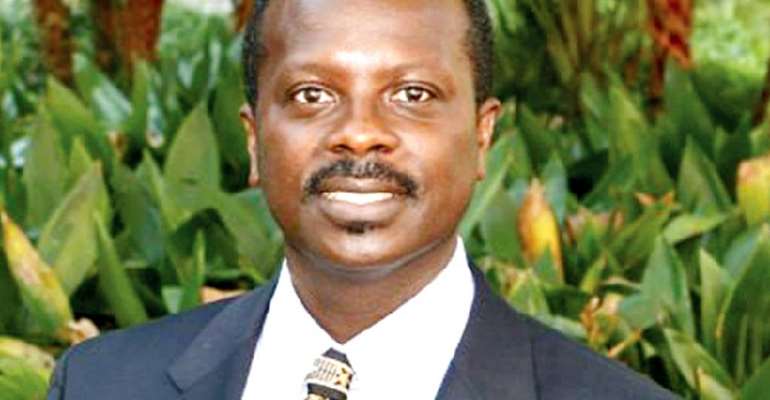 A United States-based Ghanaian professor, Stephen Kwaku Asare says no amount of contempt trials or disciplinary actions will save the Justices of the Supreme Court from credible charges of partisanship if they continue to issue unreasonable judgments.

The private legal practitioner said this in reaction to the action brought against Member of Parliament for Bolgatanga East, Dr. Dominic Ayine.

Mr Anin-Yeboah has referred to the General Legal Council for investigation comments made by the former deputy Attorney General.

During the discussion, Dr. Ayine among other things said that the Supreme Court in the adjudication of the election petition failed to apply the rules of procedure and continuously dismissed the plaintiff’s applications.

In a Facebook post, Prof Asare said “Akuritingayine is no threat to the judiciary. The judiciary is its own worst enemy. It is its poorly-reasoned ruling, in cases such as Ayine v AG, its failure to assume jurisdiction in important constitutional cases and its inability to rule timeously on time-sensitive cases that expose it to charges of partisanship and that risks undermining the court’s stature as an independent, impartial arbiter of the law.

“The way forward, therefore, is not to silence those who merely offer their opinions, which the Constitution allows them to do.

“The way forward is for the judges to truly and faithfully perform their functions without fear or favour, affection or ill-will, and to at all times uphold, preserve, protect and defend the Constitution.

“No criticisms directed at them will be taken seriously if they perform their functions as stated above.

"Conversely, no amount of contempt trials or disciplinary actions will save them from credible charges of partisanship if they continue to issue unreasonable judgments. Ghanafuo did not fight the AK 47 only to be silenced by the gavel.”

Executive Director of the Center for Democratic Development (CDD-Ghana) Professor H Kwesi Prempeh also described the action taken by the Chief Justice as bizarre, and ill-advised.

Professor Prempeh also in a Facebook post said “That an opinion expressed at such a forum, to contestation from other participants, would cause anyone to lodge a formal complaint with the Disciplinary Committee of the General Legal Council is unprecedented, bizarre, and ill-advised.”

He added “So, now members of the Ghana Bar cannot offer a personal unflattering opinion of the judiciary on an academic, a civil society or other public discussion platfrom, even after a case has been decided, without risking being hauled before the Disciplinary Committee of the General Legal Council? Really?

“On the same platform where this lawyer expressed the opinion that has earned him an invitation to appear before the Disciplinary Committee of the legal profession’s regulator, other panelists, including other lawyers, strongly disagreed with him in his opinion of the judiciary regarding the case under discussion, with some praising the court’s handling of the matter. In other words, the platform on which the lawyer spoke was a veritable marketplace of ideas and opinion, with panelists debating each other in frank, open dialogue.

“This, incidentally, was a webinar discussion organized by CDD-Ghana, in collaboration with the KNUST law faculty, as part of a new “Judicial Review” series (a partnership between CDD and two law faculties in Ghana) that aims to review and examine decisions of the courts for their impact on democracy and good governance. This particular panel, which examined the recent Ghana election petition through a comparative lens, featured two foreign participants (from Kenya and Zimbabwe), four Ghanaian lawyers, and me.

“That an opinion expressed at such a forum, to contestation from other participants, would cause anyone to lodge a formal complaint with the Disciplinary Committee of the General Legal Council is unprecedented, bizarre, and ill-advised. Not only is this bound to have a chilling effect on the free speech rights of lawyers, it will also impact negatively on both academic freedom and the freedom and ability of civil society to promote judicial accountability, including through projects like the Judicial Review series. I find no justification whatsoever for the Disciplinary Committee of the GLC to be brought into this matter or to investigate Dr. Dominic Akuritinga Ayine for the opinion he expressed on the panel. It cannot be ok for a lawyer to praise a court for its handling of a matter but an act of professional misconduct–or contempt of court–for another lawyer to express a contrary view of the same court about the same matter.”