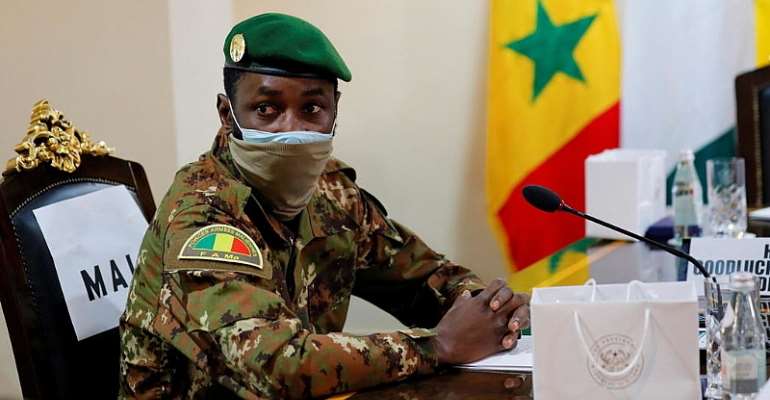 France has announced the suspension of joint military operations with Malian forces after the West African country's second coup in nine months, adding to international pressure for the military junta to return civilians to positions of power.

The move sparked diplomatic uproar, prompting the United States to suspend security assistance for Malian security forces and for the African Union and the Economic Community of West African States (Ecowas) to suspend Mali.

Under pressure from the 15-nation Ecowas bloc, the roles of transitional president and prime minister were given to civilians ahead of elections scheduled for February.

On 24 May, Goita orchestrated the ouster of president Bah Ndaw and prime minister Moctar Ouane, raising doubts about his commitment to holding the elections.

Goita will be officially inaugurated as Mali's transitional president on Monday, when a new prime minister is also expected to be nominated.

Requirements and red lines have been set

France's armed forces said on Thursday that "requirements and red lines have been set by Ecowas and the African Union to clarify the framework for the political transition in Mali.

"While awaiting these guarantees, France has decided to suspend, as a temporary measure, joint military operations with Malian forces and national advisory missions for their benefit," the ministry said in a statement.

"These decisions will be re-evaluated in the coming days in the light of answers provided by the Malian authorities."

Earlier on Thursday, the International Organisation of La Francophonie, a cooperative body that represents mainly French-speaking states around the world, became the latest organisation to suspend Mali.

Combined role in the fight against extremists

Mali and France play key roles in the fight against jihadist insurgents in the Sahel region.

The Barkhane force, which was launched after France intervened to fend off a jihadist advance in Mali in 2013, will continue to operate but on its own for the moment, the ministry said.

However, the French-led Takuba force, launched in March 2020 to enable European special forces to train Mali's army to fight jihadists, will be suspended.

French President Emmanuel Macron last weekend warned that France would pull its troops out of Mali if that country drifts towards radical Islamism following the coup.

"Radical Islamism in Mali with our soldiers there? Never," the French leader told a weekly newspaper.