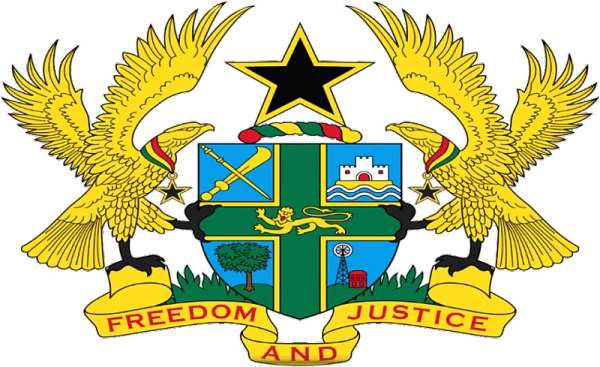 The first time Council of State was introduced in the politics of the Republic of Ghana was in 1969. Thanks to the framers of the 1969 (Second Republican) Constitution, especially Ghana’s renowned and internationally celebrated legal luminary and Parliamentary Counsel, the late Justice Vincent Cyril Richard Arthur Charles (V.C.R.A.C) Crabbe who pushed hard for the establishment of the Council of State. Justice Crabbe was a Special Commissioner to the 1969 Constitutional Commission formed by the National Liberation Council (NLC) and he was responsible for drafting, plenary meetings and reports of the Commission. The 1969 Constitution lasted from October 1, 1969 to January 13, 1972.

The 1969 Constitutional Commission envisaged that the Council of State should be a presidential advisory body and a replica of Gyaasehene within the Akan chieftaincy system. Traditionally, Gyaasehene is responsible for the well-being of the Omanhene (the supreme traditional ruler in an area). Gyasehene is the head of the chief’s servants (Administrator of the Palace) and the closest to the Omanhene hence visitors to the Omanhene are supposed to go through the Gyaasehene.

Apart from mimicking the Gyaasehene’s roles with the introduction of the Council of State into Ghana’s political governance structure, the framers of the 1969 Constitution might be taking a cue from America’s 1933 founded Council of State Governments or the United Kingdom’s Privy Council established in May 1708.

It was equally the intent of the framers of both the 1969 and 1979 Constitutions to provide make the membership of the Council of State as a constitutional cure for the zero sum game. The zero sum game has been in Ghanaian politics since the country became politically independent in March 1957. Zero sum game is a mathematical representation of a phenomenon whereby an advantage of one side becomes a loss to the other side. In politics, the zero sum game is also referred to as winner takes all.

It would be recalled that Major General J.A. Ankrah -l ed National Liberation Council (NLC) regime staged the first ever coup d’etat in Ghana and that coup occurred at 6:00 am on February 24, 1966 thereby ousting Dr. Kwame Nkrumah from office as the first President of Ghana under the 1960 Constitution. In effect, the First Republican Constitution, 1960 was also overthrown that day.

The NLC Military Regime ruled Ghana from February 24, 1966 to October 1, 1969 when the K.A. Busia–led Progress Party (PP) Administration came to power under the Second Republican Constitution, 1969. Having decided to return to democratic rule in 1969, the NLC Administration constituted a Constitutional Commission with NLCD 102, NLCD being National Liberation Council Decree.

Mr. Edward Akuffo-Addo, the then Chief Justice of Ghana who is also one of the big six was the chairman of the 1969 Constitutional Commission. He later became a ceremonial President of Ghana (from 1969 to 1972) under the same 1969 Constitution he chaired a Commission to draft. Note that Mr. Edward Akuffo-Addo biologically fathered the current President of Ghana, Nana Addo Dankwa Akuffo Addo.

Through the instrumentality of V.C.R.A.C Crabbe, the 1969 Constitutional Commission drafted the Second Republican Constitution with the intention to cure the winner takes all syndrome in Ghanaian politics but it appears that the cure was not efficacious enough or its use was forbidden later so the winner takes all syndrome still exists in Ghanaian politics today.

In drafting the 1969 Constitution, the Constitutional Commission proposed among other things that the leader of the opposition party (Minority Leader) should be a mandatory member of the Council of State. True to that, Erasmus Ransford Tawiah (E. R. T.) Madjitey, the Leader of the Opposition in the 1969 National Assembly served as a member of the Council of State from 1970 to 1972, when the Supreme Military Council (SMC) overthrew the PP Administration in Ghana’s second coup d’etat.

The beauty of this arrangement was that the Leader of the Opposition was once one of the advisors of the Head of State. Unfortunately, the 1992 Constitution does not make any provision to warrant the Minority Leader’s membership of the Council of State in the current Fourth Republic. However, mindful of the nation’s respect for the chieftaincy institution in the governance of the country, the 1969, 1979 and 1992 Constitutions have made the President of the National House of Chiefs a mandatory member of the Council of State. Whether or not the Councils of State in the Fourth Republic have had the sovereignty of performing their functions has been a matter of national debate over the years. I think the debate is an unending one.

Perhaps for security reasons and mindful of Ghana’s experience with military overthrows of democratic administrations in 1966 and 1972, the 1979 and 1992 Constitutions made provisions for a former Chief of Defence Staff to be a member of the Council of State.

The 1979 Constitution indicated that a person who previously held the office of Chief Justice, or Speaker of Parliament, or Chief of Defence Staff, or Inspector-General of Police, or Governor of the Bank of Ghana, or Vice Chancellor of a recognised University or Secretary to the Cabinet or Head of the Civil Service should be a member of the Council of State.

This episode has exposed you to how Ghana’s Council of State was first established in 1969 and the purpose for which it has been maintained in the political governance structure of the country since the Second Republic. As indicated, there was no Council of State under the 1960 Constitution hence President Nkrumah only worked with a Cabinet made up of himself and not less than 8 Ministers of State. He had the power to appoint and dismiss these members of Cabinet [see Article 16 (1) and 16 (3)] of the 1960 Constitution. I hope you are educated or somewhat, your memory has been refreshed regarding the history of the Council of State of Ghana.

The next Episode of this piece will focus on the evolution of the Council of State in diverse ways since its establishment in 1969.