Your failed government has made citizens poorer, work harder to redeem your image – PPP to Akufo-Addo 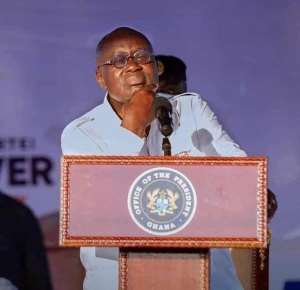 The Progressive People’s Party (PPP) has called on the Akufo-Addo led government to work harder to redeem its image after failing to deliver good governance to the people of Ghana in the last five years.

PPP believes government in the last five years has failed to deliver and as a result has lost the trust of the people.

As the youth push for development, the PPP has urged the government to work harder to ensure its image among the Ghanaian public is redeemed.

“The Progressive People's Party (PPP), wants to call on the government to work hard to redeem its declining image among Ghanaians five years after failing to deliver good governance to the people and betraying the public trust,” part of a press release from the PPP has said.

Stressing on its observation in the last five years, the PPP says the failed government of the NPP has resulted in more people becoming poorer.

“After five years in government, we ask: where are the jobs? Where the prosperity is the Ghanaian citizens were promised? And where are the opportunities? More people have been made poorer, rendered unemployed, suffered reduced standards of living, are living in fear of armed robbery, and experiencing impunity in the society,” the statement noted.

Moving forward, the PPP wants government to unite and empower Ghanaians for the development of the country and also review aspects of the Constitution to have a clear separation of powers for parliament to be more empowered.

Below is the full press release from the PPP: