Israel's Netanyahu in last-ditch bid to save premiership 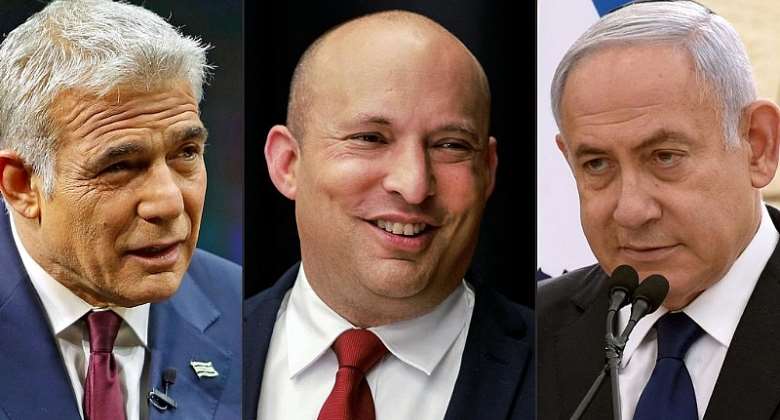 On the verge of being ousted after 12 years in power, Israeli Prime Minister Benjamin Netanyahu on Thursday sought to undermine a deal by opposition lawmakers to form a coalition government.

In a Twitter post, Netanyahu asked members of the Knesset to oppose what he called a “dangerous left-wing government" when they hold a confidence vote later this week.

It's the first time Netanyahu, who heads the right-wing Likud party, has publicly pushed back after centrist politician Yair Lapid on Wednesday announced he had formed a patchwork coalition that included left-wing parties, far right Israel nationalist parties – and a Palestinian party.

In order to broker the deal Lapid, a 57-year-old former TV presenter who heads the centrist Yesh Atid party, put his own prime ministerial ambitions on hold.

Instead religious nationalist Naftali Bennett, 46, a former defence minister and a high-tech millionaire, would become prime minister. The job would then be handed to Lapid after two years.

"I promise this government will work in the service of all of the citizens of Israel, those who voted for it and those who did not," Lapid wrote on Facebook.

Making history
If ratified, the new Israeli government would make history by becoming the first to include an Arab party – the conservative Ra'am, led by 47-year-old Mansour Abbas.

Regarded as the widest coalition in Israeli history, the partnership includes eight parties who, if they succeed in forming government, would command a small majority in parliament.

Moves to form a union to unseat 71-year-old Netanyahu came after neither Likud nor its opponents won a majority in March elections – Israel's fourth national ballot in two years.

Analysts say Netanyahu, who is on trial on corruption charges, is unlikely to give up without a fight and will be looking to win over potential defectors ahead of the confidence vote.

Should last-minute defections scupper the coalition deal, Israel would likely be forced to go to the polls once again.